MEXICALI, B.C. (KYMA, KECY)- The relationship between Mexico and its Chinese residents has been a long and turbulent one.

The Chinese became a key component to building the nation’s railroads, small businesses, and modernizing the country.

Many of them became successful, however, that created years of resentment in Mexico.

For the first time in the city’s history, they are celebrating the thousands of Chinese immigrants who made their home over the southern border.

Chinese settlements on the border between California and Mexico date back over 100 years.

“At those times in the early century, this city became a boomtown because of the cotton and liquor in the United States,” said Esteban Leon the President of the Chinese Association in Mexicali.

Chinese immigrants first came to Mexico in the early 1900s, most of them brought over from China by the Colorado River Company to work on railroad and irrigation construction.

When they were done, many of them stayed behind making these basement rooms their homes when temperatures in the areas would reach over 120 degrees on hot summer days.

“The tunnel is actually a legend, just a gimmick, they never according to us as a Chinese community never had any tunnels going to the United States or gambling.”

“If you visit these underground tunnels as you call it, it's just a storage room that was used and it gives you the assumption that after each wall it kept going”

About 40 basements make up La Chinesca,  and each basement is usually owned by the nearest business connected to it. However, it also served another darker purpose.

In 1934, Mexican President Lazaro Cardenas said that the land should be in the hands of the Mexican people— not these newly settled immigrants.

The Chinese Association is located right in the middle of La Chinesca, serving as a testament to the perseverance that their people endured and how they found success through their food and language. 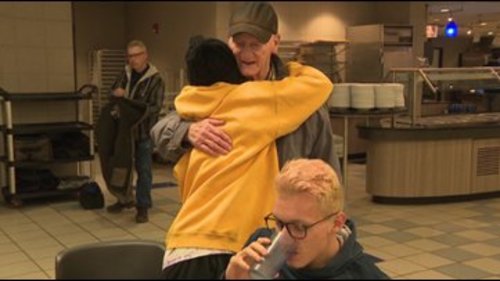