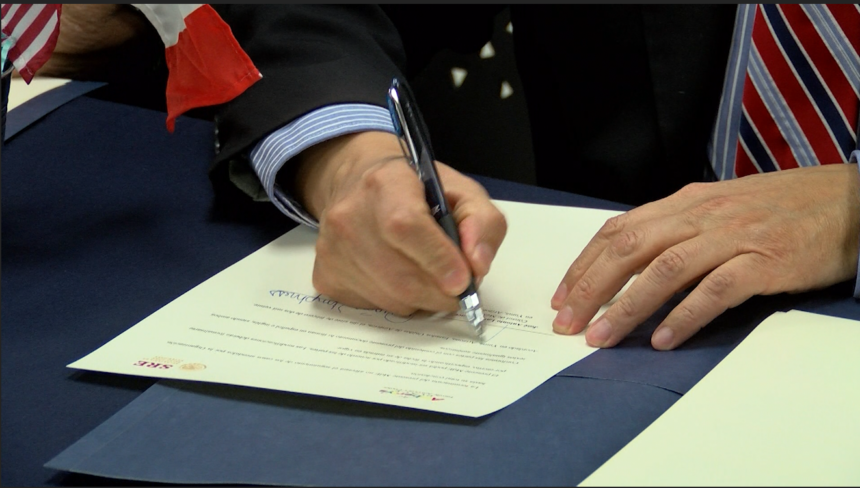 The two agencies signed a memorandum of understanding (MOU)

Amberly’s Place is now the first family advocacy center in the country to formally collaborate with the Mexican Consulate.

Friday, the two agencies signed the memorandum of understanding (MOU).

This agreement is more than just two agencies joining forces, but in a sense, two countries (the U.S.and Mexico) putting politics aside.

They're working together to fight sexual assault and domestic violence, an issue the Consul of Mexico says is very prevalent in agricultural communities.

Jose Antonio Larios, Consul of Mexico, said, “Maybe they suffer some kind of stress working periods of time, so sometimes that occurs in our community."

Larios estimates the consulate receives about three to five cases every month where Mexican nationals fall victim to sexual or domestic abuse.