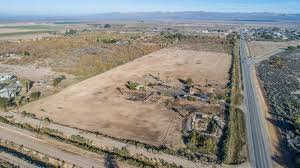 CALIPATRIA, Calif. (KYMA, KECY) - Thursday night around 11 pm Calipatria residents received a notice to shelter in place and keep all windows closed due to a hazardous chemical spill.

The spill created a suspicious cloud coming out of the Dune Company area.

A Dune company representative was called to explain what this could be.

“With us finding out it was 250 gallons of Sulphuric acid that were spilled on the ground and that's what caused the chemical reaction,” said Juan Rodelo, Battalion Chief ICFD.

The major use of sulfuric acid is in the production of fertilizers.

Sulphuric Acid can irritate the nose and throat and cause difficulties breathing if inhaled, it can also burn the eyes and possibly cause blindness.

“One of the major hazards is something like this in a vapor or cloud, that it will probably irritate your respiratory system,” said Rodelo.

The fire department tells us it is safe for people to go out but to avoid the area if possible.

“Now that the vapor cloud is already gone and obviously with temperatures rising it's going to help out with the dissipation of the gas.”

News 11's Gianella Ghiglino is following this story and will bring you more details on the substance involved and emergency officials' response to it, today on News 11's Early Edition at 5 p.m.