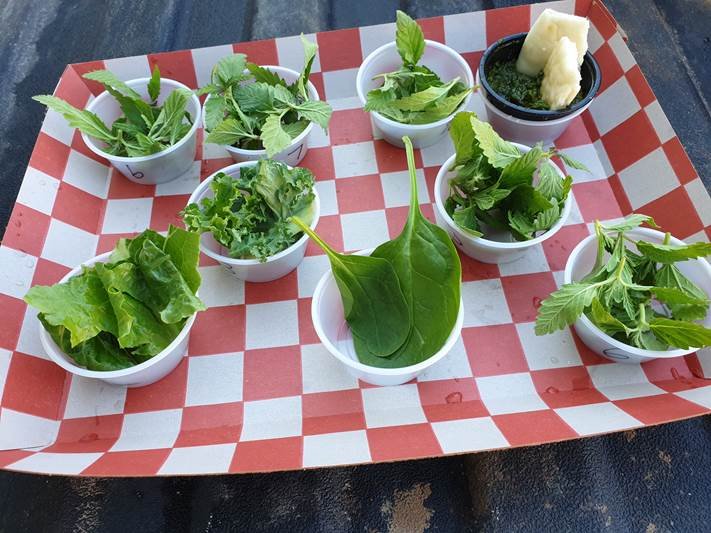 YUMA, Ariz. (KYMA, KECY) - Hemp leafy greens were put to the test to see if their flavors are worthy enough to make it in bagged mixes in the grocery stores.

81 people took a survey of nine samples the past two Fridays.

Staff was able to narrow down the 17 types of hemp to five that were the best tasting.

The community sampled the five hemp greens along with three commonly available greens like romaine, kale and baby leaf spinach for comparison.

The ninth sample was a pesto made from the hemp greens by local chefs.

The grower, Robert Masson, agriculture extension agent with the University of Arizona's Yuma County extension explains the overall consensus of this unique lettuce.

"In general, the hemp was really well liked. Some people didn't like it, but most of the people did," Masson said. "They reported minty flavors, fruity flavors and just a little bit of floral."

Attendees rated the crispiness of the hemp to be similar to kale.

It also has more peach fuzz than other greens.

In its overall likeability, the community rated romaine and spinach higher than the hemp at a 4.1 on a one through five scale.

The best tasting hemp greens might make it into grocery stores as bagged mixes for health benefits.