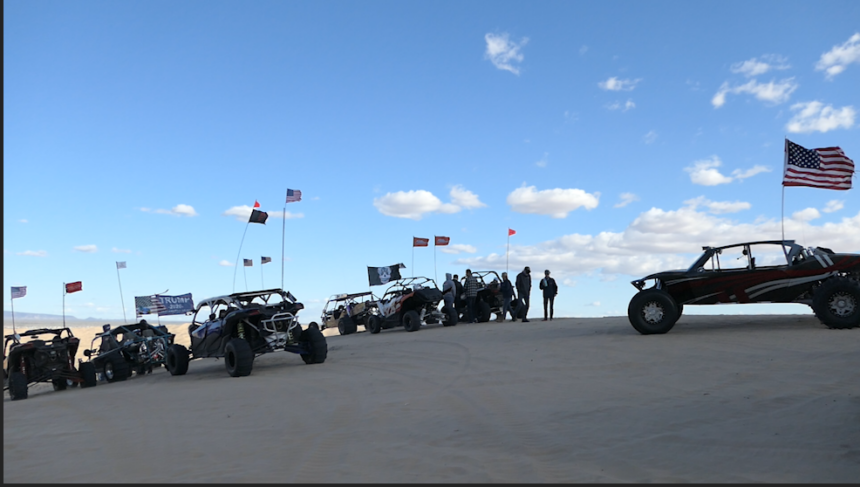 YUMA, Ariz. (KYMA, KECY) - Right in our very own backyard, the Imperial Sand Dunes is 160,000 acres of sand that attracts almost a million visitors year-round.

The Bureau of Land Management (BLM) helps protect the dunes from cultural to natural resources.

In the 1500s, the dunes were considered Lake Cahuilla, with water supplied by the Colorado River. When the lake dried up, that's when the sands formed the Imperial Sand Dunes.

With its history, friends, and family congregate at the dunes to make lasting memories.

Like the Chavira family, who has been visiting the dunes for years, bringing three generations in on the fun the sandy air has to offer.

Whether it's riding in the daylight hours or sticking lighted whips to the all-terrain vehicles for a night ride, the land is a haven for adrenaline junkies and recreational sports.

With the fun, though, have come tragedies. In April, Motorcross legend Marty Smith and his wife died when their dune buggy flipped over.

Smith's friend, Lee Ramage, who was with the Smith's at the time, told News 11's Crystal Jimenez it was a freak accident.

The Global Medical Response Team in Imperial County said they report to about 150 calls a year to the dunes.

However so far this season have experienced a 25% decrease in calls.

BLM recommends anyone coming for the first time to the dunes to get educated before doing so.

While there is much to enjoy at the dunes, safety must always remain a top priority.

During the Early Edition, we hear from the Chavira family on how the dunes brings their family together, as well as from BLM on what the dunes have to offer.