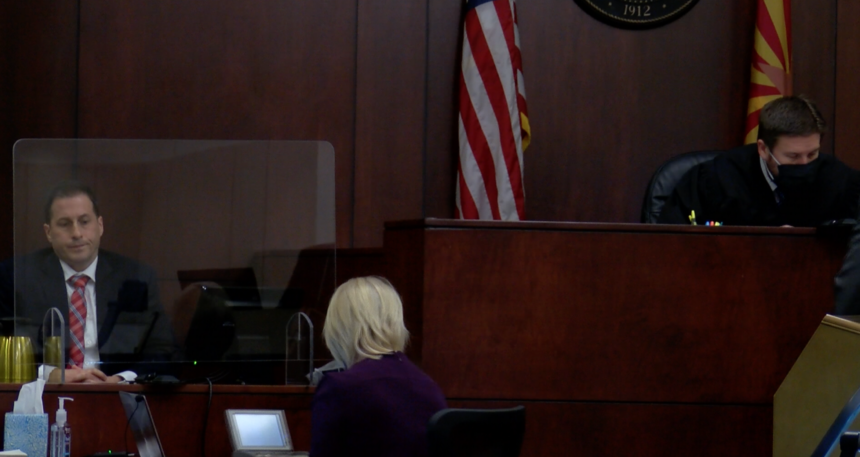 YUMA, Ariz. (KYMA, KECY) - An FBI forensics expert says questions surround some of the evidence collected during the investigation into Celine Carreno's death.

Brewer works in the Bureau's crime lab in Quantico. He analyzed several items from the Cardwell crime scene, including Cardwell's Raiders t-shirt, the child's pillowcase, and her pillow.

News 11's Crystal Jimenez has the latest on the Cardwell trial from outside the courtroom:

Brewer told the court he attempted to identify some stains suspected to be chemical, but found no traces of any chemical on the items. He said he did see visible stains, but could not say what caused them. He also testified that he found no significant forensic evidence on any of the items.

The FBI examiner was the prosecution's final witness. The defense is expected to begin presenting witnesses Thursday.