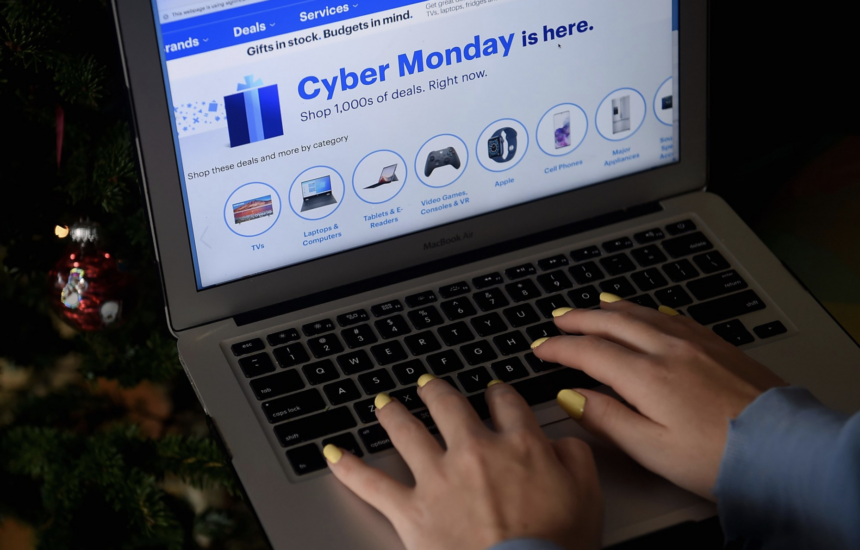 Around 7 in 10 shoppers said it is more important to support small businesses than to get the best deal, according to one survey

Purchases totaled $12 million a minute between 8 p.m. and 9 p.m. PT, with around 37 percent of total purchases coming from smartphones as more shoppers migrate to buying on social media. Curbside pickup was up 30 percent since last year, Adobe said.

“Moving forward into December, the categories that I will expect to be discounted will be the toy category and then also anything holiday themed — gift baskets, gift boxes, decor,” retail and shopping expert Trae Bodge told NBC News.

Although many discounts are set to continue throughout December, experts advise to shop early as shipping delays loom and delivery costs are expected to increase after Dec. 11.

“Leading up into the first few weeks of December, up until Dec. 25 — that's when the discounts are really going to get deeper,” said Sara Skirboll, shopping expert at RetailMeNot. “But here's the thing, your items might not exist — and if you're shopping online, you might run into shipping issues.”

Like the discounts, the record-breaking sales seen on Cyber Monday aren’t specific to one day.

Small businesses saw a greater increase in sales than larger retailers on Cyber Monday, up 501 percent while bigger retailers only saw a 486 percent increase, as consumers shop more consciously this year, Adobe said. Seven in 10 shoppers said it is more important to support small businesses than to get the best deal, according to a survey from Union Bank.

Consumers are also "voting with their wallets to support Black-owned businesses and sustainable businesses,” Harley Finkelstein, president of e-commerce platform Shopify, told NBC News’ Jo Ling Kent on Monday. "Consumers will not be driven solely by deals anymore, they’re going to be driven by movements."

Online shopping has seen a continued surge since the beginning of the pandemic, with digital sales up by 174 percent at Best Buy, 155 percent at Target and 79 percent at Walmart during the third quarter alone.