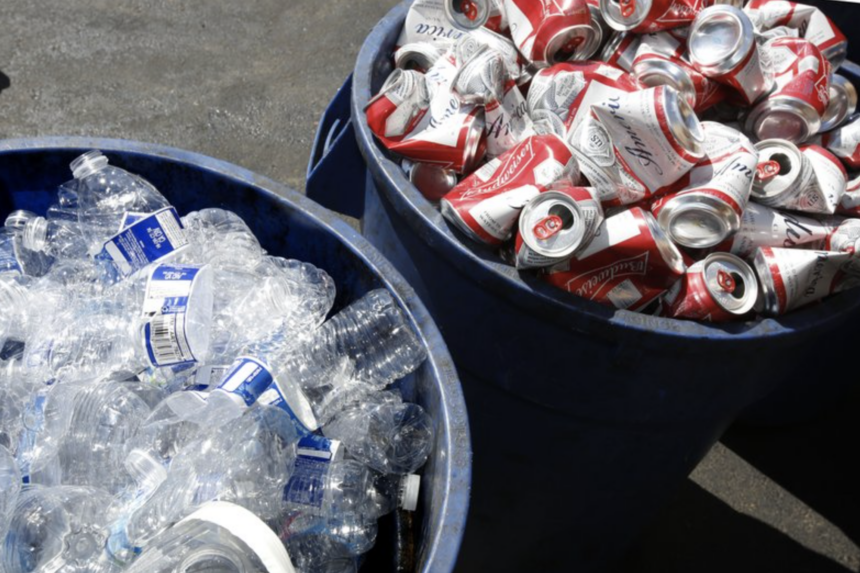 SACRAMENTO, Calif. (AP) — California Gov. Gavin Newsom has appointed a new head of the state’s troubled recycling agency, who has pledged to overhaul its troubled bottle deposit system that has worsened during the pandemic.

Newsom appointed Rachel Wagoner, 46, a veteran legislative staffer and registered Democrat, to the job, which includes coordinating the state’s efforts to clean up from record-setting wildfires.

Wagoner will take over an agency struggling to respond to the recycling troubles. Many of California’s recycling centers, which are not owned or operated by the state, have closed in the past six years. Last year, RePlanet closed all 284 of its locations and laid off 750 workers.

That’s made it harder for consumers to participate in the deposit-refund system for beverage containers. People pay an extra 5 cents for bottles that can hold up to 24 ounces and 10 cents for bottles over 24 ounces. They can get that money back if they recycle the empty cans or bottles.

Nine other states have a similar system. But most are run by the beverage industry instead of state government. Wagoner said California should consider that approach, favoring a system that offers an incentive for companies to design their products with recycling in mind.

“I definitely think that should be on the table as a potential solution,” she said. “We really need the producers and the manufacturers to be at the table and designing their products for the next life and the life after that.”

The American Beverage Association said it is “committed to working with the Governor, Director Wagoner and lawmakers to strengthen and modernize California’s recycling system.”

“We want to get every bottle and can back so they can be turned into new ones and not end up in the environment,” the statement said.

Part of California’s problem has been China’s reluctance to accept waste from the U.S., severely limiting the market for recyclable materials. But Wagoner says she views that problem as an opportunity “to bring those jobs back to the state of California.”

“We need to create that economy here,” she said. “Not only recycling those materials but creating the new, innovative products that can use those recyclable materials.”

Jamie Court, president of the advocacy group Consumer Watchdog, has criticized CalRecycle in the past for not adequately policing the bottle deposit system. He praised Newsom for picking Wagoner to lead the agency.

“This is an important sign that the governor is serious about cleaning up CalRecycle and also a harbinger of hopefully a transition to a new system that puts California back on top in terms of bottle and can redemptions,” Court said.

Wagoner said her first priority will be leading the cleanup from wildfire season, which set a record by burning more than 6,250 square miles (16,180 square kilometers) — an area larger than Connecticut.

The fires destroyed roughly 5,600 homes. CalRecycle contracts with companies to clean up what’s left, working alongside the Department of Toxic Substance Control to remove hazardous materials. The agency is lining up contractors for the work and hopes to begin cleaning by Dec. 1.

The appointment of Wagoner still requires confirmation by the state Senate, but that could be just a formality given she spent 10 years as chief consultant for the Senate Committee on Environmental Quality before joining the governor’s staff last year. The job pays $186,389 a year.