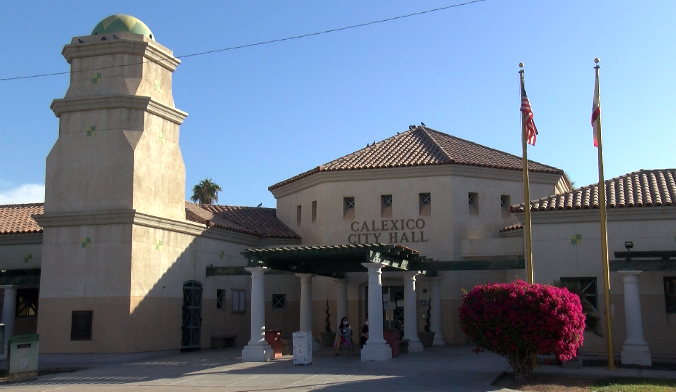 IMPERIAL COUNTY, Calif. (KYMA, KECY) - A record number of people voted in Imperial County in this election when compared to previous elections.

Several local races have many new candidates in the lead, but there are still ballots left to be counted.

According to the Imperial County Registrar of Voters, 20,000 ballots have been processed but plenty more ballots still need to be counted.

“We have ballots still coming in, as long as they are postmarked by November 3rd," said Linsey Dale, Imperial County Public Information Officer.

Out of the 84,000 registered voters in Imperial County, 20,000 thousand ballots have been counted with hundreds still awaiting to be processed.

CBS 13's Alexandra Rangel checks in on the vote counting process in this livestream report:

As soon as polls closed at 8:00 p.m. preliminary results were updated, giving local candidates a better idea of where they stand with voters.

“We came together because you believe in change, real change, tonight in the face of the pandemic, Calexico has spoken," said Javier Moreno, Calexico City Council Candidate.

Moreno along with Gloria Romo, and Camilo Garcia are leading the Calexico City Council race. Each one of them holding about 15% of the votes for the three seats up for grabs in Calexico. It’s a four-year term each candidate will serve, if votes waiting to be counted continue in their favor.

The fourth seat available on the Calexico City Council is a two-year term.

It’s a historic win waiting to happen, with 23-year-old Raul Urena in the lead with 68% of the votes.

If sworn in Urena would be the youngest candidate to ever hold office on the Calexico council.

“When I got those early results in last night the first couple of phone calls that came in were, congratulations Mr. Urena, congratulations in leading, but more importantly with that congratulations came, we are going to be watching you and keeping an eye on you and hold you accountable to your promises and that's where the power comes in," said Urena.

Urena promises to work on economic stability, COVID-19 response, and affordable housing, an issue he heavily campaigned on.

“My main concern is that I continue to help the citizens. I want to make it as easy as possible for the citizens of Calexico to stay engaged to have these meetings in the language they speak and for things in all the department that we have to be accessible," said Urena.