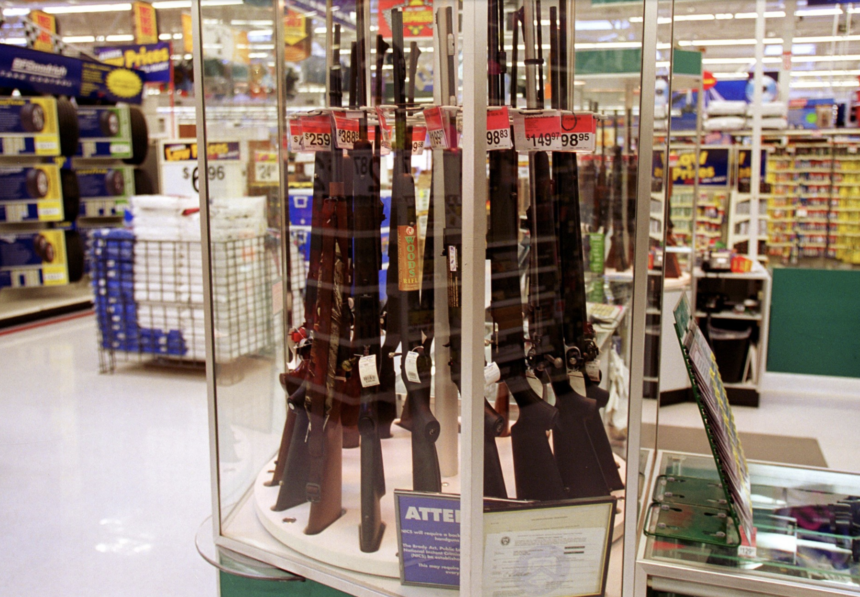 “As the current incidents have remained geographically isolated, we have made the decision to begin returning these products to the sales floor today,” a company spokesperson said.

Walmart on Friday reversed its decision to take guns and ammunition from store displays in response to concerns about "isolated civil unrest."

The country’s largest retailer had asked all of its stores to move firearms and ammunition to a secure backroom area of the store out of “an abundance of caution” on Thursday, Walmart spokesperson Kory Lundberg told NBC News in an email.

But, “as the current incidents have remained geographically isolated, we have made the decision to begin returning these products to the sales floor today,” he said Friday.

The move comes four days before the presidential election, which Presidential Donald Trump has suggested he will contest in the event of a win by former Vice President Joe Biden.

After a summer of heated protests related to police violence, and anti-lockdown protesters armed with assault rifles demonstrating in Michigan and Minnesota in the spring, storefront businesses are worried about what may come next week. Across the country, stores have begun boarding up windows and hiring additional security to prepare for any potential property damage.

“Many have (and will be) boarding up locations or relying on other safety precautions — normally methods that are reserved for severe weather incidents,” Tom Buiocchi, CEO of the facilities software company ServiceChannel, told NBC News in an email. “But now also for the social unrest throughout the summer of 2020 and in preparation for the upcoming national election.”

The company has processed roughly 310 businesses' work orders for preventative boarding up within the last two weeks of October. From May to July, ServiceChannel saw about $20.4 million in invoices for work orders related to civil unrest.