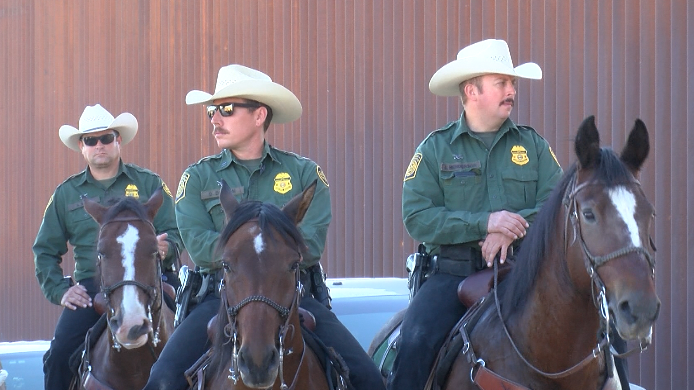 CALEXICO, Calif. (KYMA, KECY) - The desert terrain along the U.S. Mexico border in Calexico is a hot spot for illegal crossings.

Patrolling the area requires coordination between law enforcement officials on both sides of the border.

Border patrol swept the Northside by horseback and Mexicali police patrolled the Southside in off-road vehicles.

“It’s a pre-coordinated pre-planned operation. Between the Southside and the Northside. We work towards common goals and we have a reason for being there and looking for specific things," said Gregory Bovino, Border Patrol El Centro Sector Chief.

The horse patrol unit conducts about 160 mirror patrols each year throughout the 70 miles of border wall in the El Centro Sector.

Mirror patrols have helped decrease illegal crossings and kept hundreds of pounds of illegal narcotics off the streets. Monday’s sweep was no different.

“The mirror patrol found some kettlebells in Mexicali and Calexico, on both sides of the border," said Bovino.

Mexicali’s mayor was in attendance to observe the horse patrol.

Today on 13 On Your Side as Alexandra Rangel speaks to the Mexicali Mayor about recent efforts with U.S. Border Patrol to help improve border security.