Football games will also be aired on live television every week

YUMA, Ariz. (KYMA, KECY) - As the Yuma Union High School District (YUHSD) continues to follow protocol due to the pandemic safely, it has decided to live-stream fall sports on its Facebook page for families.

YUHSD will be live streaming the "Game of the Week" for varsity football and volleyball.

It will broadcast a volleyball match every Tuesday for the next month with its special Thursday edition starting November 5.

On Fridays it will showcase one of its two football games.

“I’m really excited to see my students put together a live broadcast of our YUHSD athletic events,” Gila Ridge High School Film and TV Production Teacher James Kuzniak said. “In CTE we pride ourselves on hands-on, industry-level learning and this is definitely one of those opportunities. From the cameramen to the director running the switcher, this production will be entirely CTE student led. In the midst of this pandemic, this opportunity to give back to the players, their parents, fans and communities is one we couldn't pass up.”

You can watch the games on YUHSD Facebook page here.

The football games of the week will be aired live on the City of Yuma channel 73 every week and replayed on the channel during the weekend.

“The High School District partnership to bring spectators into the games is a great example of working together to open up Yuma safely,” Yuma Mayor Douglas Nicholls said. “We’ve been repeating the phrase, ‘We’ll get through this together.’ This is that phrase in action.” 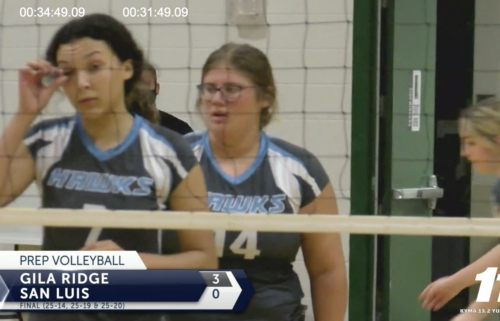