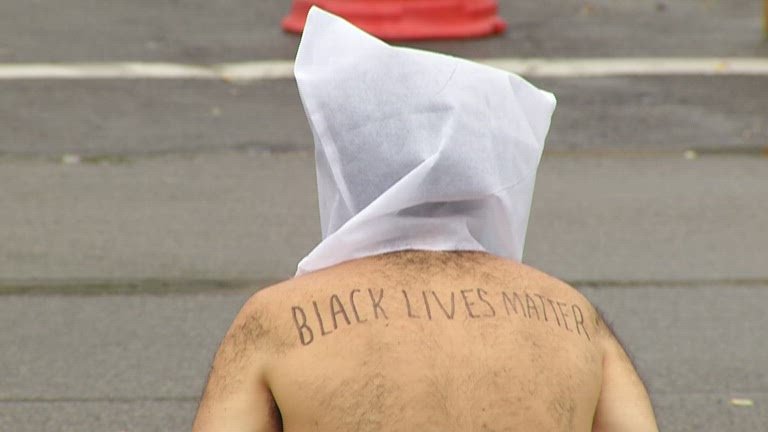 The protest comes as a response to the killing of Daniel Prude, the 41-year-old Black man who was having a mental emergency when police covered his head with a 'spit hood' and held him on the ground in a prone position before he stopped breathing.

According to the county medical examiner, Prude died of asphyxiation as police restrained him.

Today marks the 6th day of protests in New York after police body cam footage was released this month.

The half-dozen protesters sat silently with their hands behind their back. Some had "Black Lives Matter" and "Abolish the Police" written on their bodies.

They also wore 'spit hoods' in reference to Prude.