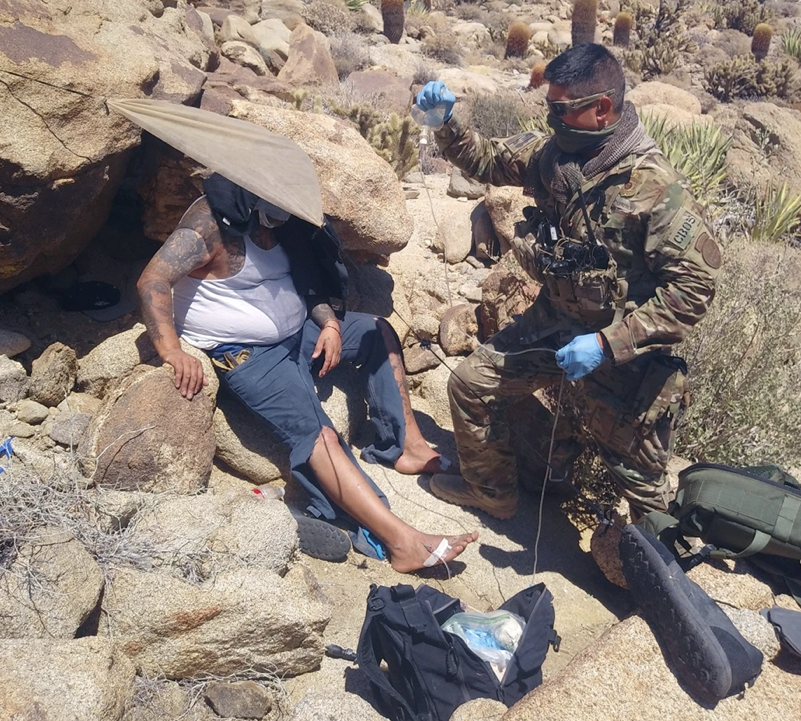 JACUMBA, Calif. (KYMA, KECY)-Border Patrol agents rescue a man severely dehydrated. It says the man was left behind by his group, along with two other individuals.

U.S. Customs and Border Protection said it found a 45-year-old man in the mountains on Thursday.

A border patrol agent patrolling the Jacumba mountains encountered the man who had illegally crossed into the United States. The man told the agent he was left behind with two other individuals and had been walking for approximately three days without food, water, or a cell phone to call for help.

The agent noticed that the man was extremely dehydrated, disoriented, and requested assistance from the El Centro Sector Border Search Trauma and Rescue Team (BORSTAR).

BORSTAR arrived at the scene to treat the man for medical attention.

After the man's vital signs were stabilized he was taken to the station for further processing and expelled back to his country of origin.