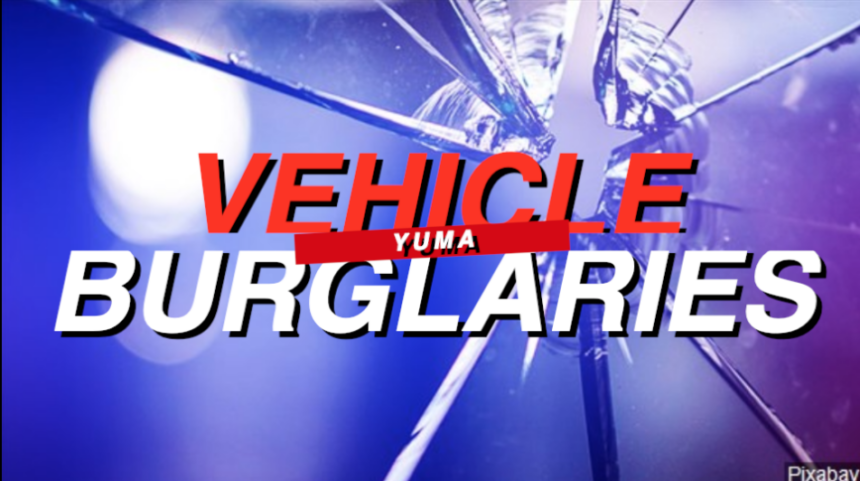 YUMA, Ariz. (KYMA, KECY)- The Yuma Police Department (YPD) warns the public of a rise in "smash and grab" vehicle burglaries over the last two weeks.

When a criminal spots items of significant value, they will smash the window of the car, grab the item and take off.

"If they see something they want, they're going to smash the window, grab it and run with it. It's very quick and it's very easy for them," Sgt. Franklin said. "Mostly in parking lots right now that we're noticing them, but it can happen on the side of the street. It can happen anywhere."

Police say these burglaries often happen at a certain time of the day.

"They're happening like early morning when the sun's just kind of starting to come up or at dusk when it's just starting to get dark because it's easier for them to hide like in between cars, but it's still light enough for them to see inside your windows," Sgt. Franklin added.

Police advise you not to leave the following items in plain sight in your vehicles:

Your best defense is to:

Sgt. Franklin says YPD has not made any arrests yet nor do they have any leads.