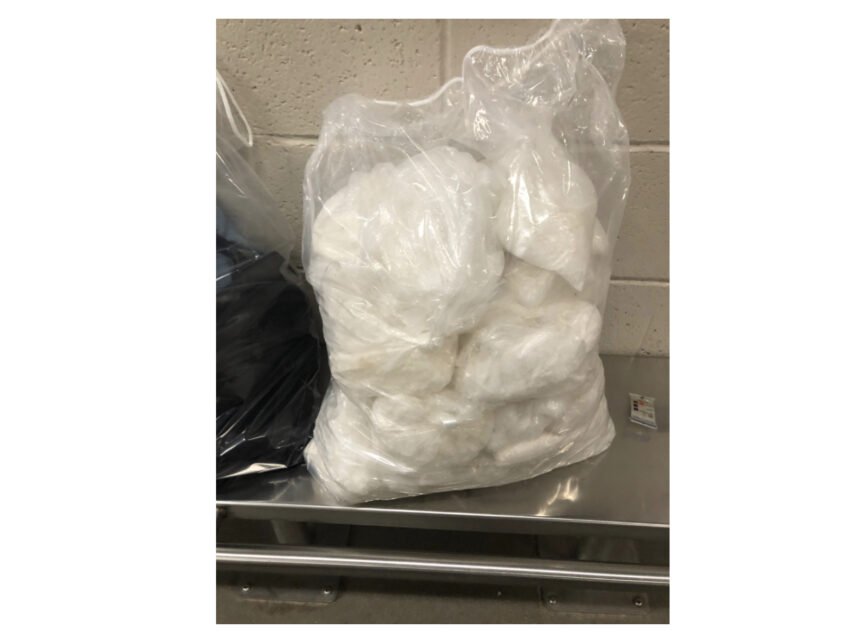 Agents said the incident happened at approximately 7:15 a.m., when Border Patrol agents apprehended an illegal immigrant in the Yuha Desert.  During the arrest, agents noticed two backpacks that were hidden in a bush near where the immigrant was originally found.  He denied ownership of the backpack when agents asked if they belonged to him.  A subsequent search revealed 31 plastic bags of a crystal like substance.

The teen and the backpacks with the packages were transported to the El Centro Station for processing.

At the station agents conducted a criminal background investigation and medical screening.  During the investigation, the teen recanted his initial denial of ownership of the two backpacks and told agents that they were in fact his belongings.  Agents tested the packages with a narcotics test kit.

The total weight of the methamphetamine was 29.9 pounds with an estimated street value of $67,275.

The teen, from Mexico, and the narcoticpackages were turned over to the Imperial County Border Crime Suppression Team.