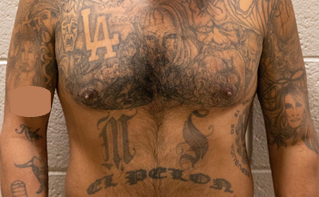 The incident happened around 1 a.m., when agents assigned to the El Centro Station said they encountered a man suspected of illegally entering the United States approximately 29 miles west of the Calexico West Downtown Port of Entry, near the Jacumba Mountains. Agents said they arrested the man and transported him to the El Centro Station for immigration and criminal history screening.

Agents said they conducted records checks, which revealed that the man, a 45-year-old El Salvadorian national, is a documented Mara Salvatrucha MS-13 gang member with a criminal history.

The gang member is being held in federal custody pending further criminal prosecution.