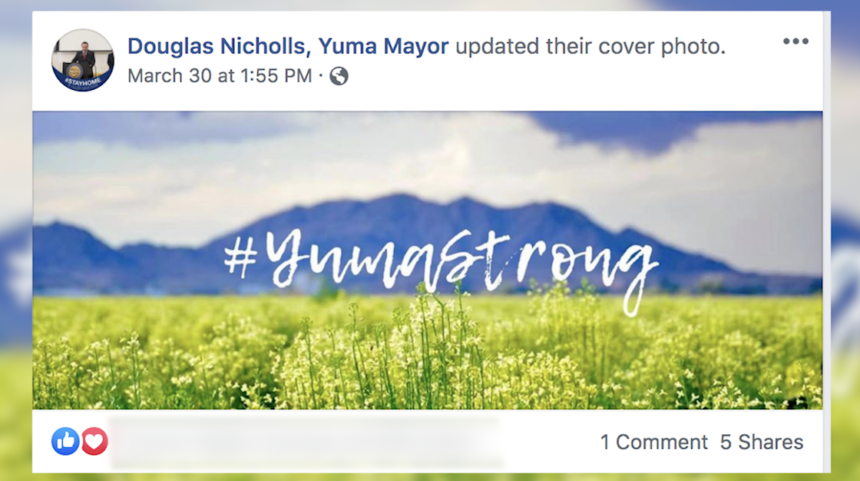 YUMA, Ariz. (KYMA, KECY) - It's a promising score — a B+ for social distancing in Yuma County.

The score jumped a whole letter grade Thursday afternoon after sitting at a C- earlier this week, according to a study by Unacast.

In fact, it's the highest-ranked county in Arizona.

Local leaders like Yuma Mayor Doug Nicholls have even taken it upon themselves to make sure the community knows what social distancing means.

Nicholls says he’s also working frequently with higher levels of government to make sure Yuma is taken care of during the pandemic.

“About once a week we have a briefing from the white house that really brings individual departments to talk about different elements of the COVID pandemic," said Mayor Nicholls.

“On the payroll protection program, we got an update on that. There was a rumor going around that it's out of money. No, it's not running out of money only 90 billion of the 900 billion is all that's been allocated so far. So it's moving forward. Things like the tax credit checks that will be rolling into people's accounts that’ll start about April 15," explained Mayor Nicholls.

Yuma County has 18 positive cases of the Coronavirus and has been under a state of emergency since March 11.