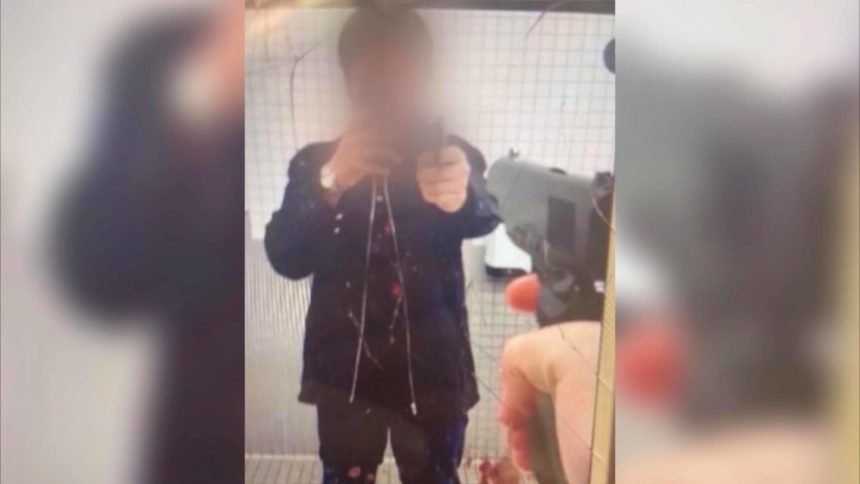 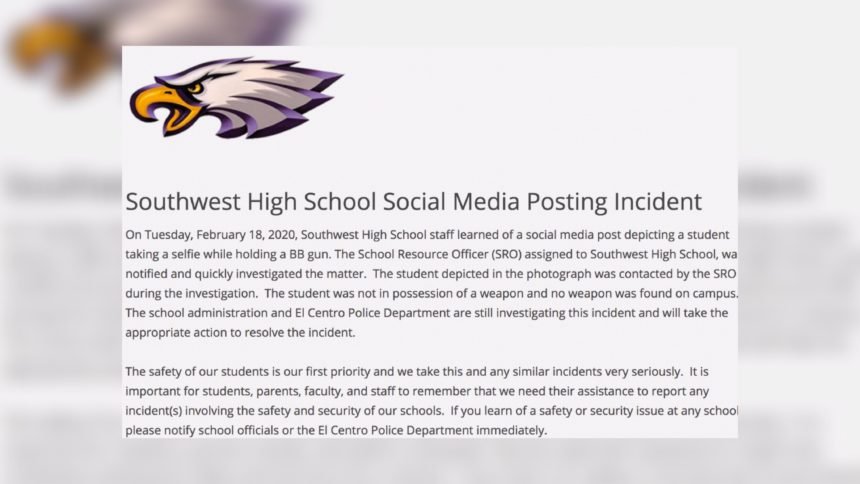 EL CENTRO, Calif. (KYMA, KECY), A photo of a Southwest High School student allegedly holding a gun inside the school restroom circulated on social media, frighting students and parents about the possibility of a school shooting.

A press release sent out on Wednesday by the Central Union High School District says school officials found out about the photo Tuesday.

The district's superintendent confirmed to us the photo was taken at one of their campus restrooms.

"In this case the school administration handled it very discreetly along with our school resource officer who was on site. Appropriate actions were taken in terms of investigations and searches. nothing was discovered on campus. We determined what was in the image was a BB gun and not a fire arm," said Dr. Ward Andrus, CUHSD superintendent.

Although school officials say immediate action was taken, parents we spoke to say they're upset they weren't notified by the school when the incident happened.

"I'm pretty mad, this is not okay. Our kids are inside the school. They never let us know what's going on. We always hear about information from outsiders or from some leaking out information or a student hearing something, it's pretty bad," said Elia Fuentes, SHS parent.

The district's superintendent said the incident was handled with discretion to protect all students and keep disruption at a minimum. He said he would have handled things differently by sending out the press release sooner on Tuesday night.

"Young people make poor choices sometimes. It was a bad decision. We do recognize how scary this is. We have children, we have children that go to our school there," said Dr. Andrus.

Dr. Andrus said the student is facing both school and legal consequences for having a weapon on campus.