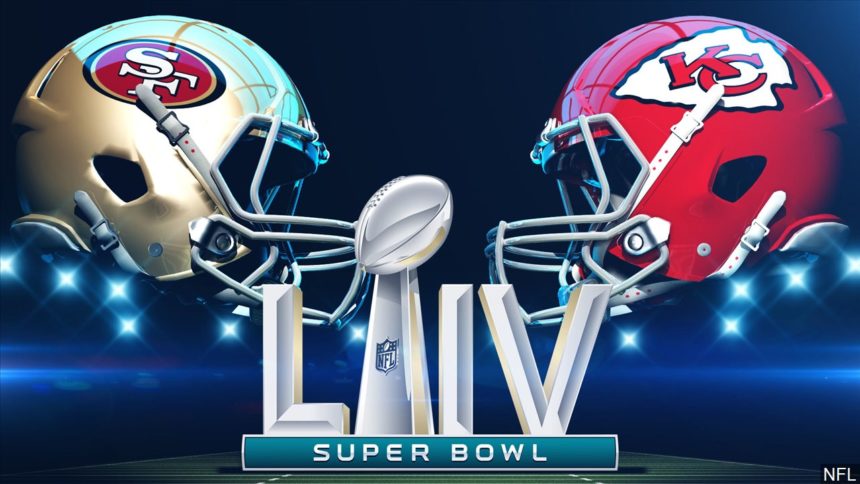 Kansas City’s potential to win became clear in the last six minutes of the game, after a penalty by the 49ers put them in to scoring position and a long pass-completion resulted in a touchdown by Travis Kelce.

A subsequent touchdown within the last couple minutes by Damien Williams solidified the Chief's lead over the 49ers, followed by an interception in their favor.

AFC Champions, the Kansas City Chiefs have steadily moved through this season with a speedy offence, finishing with a 12–4 record.

Chief's MVP Patrick Mahomes is looking to set records today, including being among the youngest quarterbacks to start in the Super Bowl.

The team is looking to win their first title in 50 years. Kansas City's first and only title is from Super Bowl IV.

In contrast, the 49ers have five Super Bowl titles, among the most in the NFL, though they haven't won a title in 25 years.

With stunning defense led by Nick Bosa, NFL defensive Rookie of the Year, and a strong season by quarterback Jimmy Garoppolo, the 49ers are coming into this game with the right attitudes.

Today will prove to be a battle of opposing strengths, with teams led by innovative coaches Andy Reid and Kyle Shanahan.

This year's Pepsi Super Bowl LIV halftime show will be headlined by Shakira and J.Lo, the first time two Latinas have co-headlined the show.

Stick with KYMA for live updates.

Players from both teams stood in tribute while fans could be heard chanting, "Kobe, Kobe, Kobe!"

And, with the highly-anticipated coin-toss won by San Francisco, let the game begin!