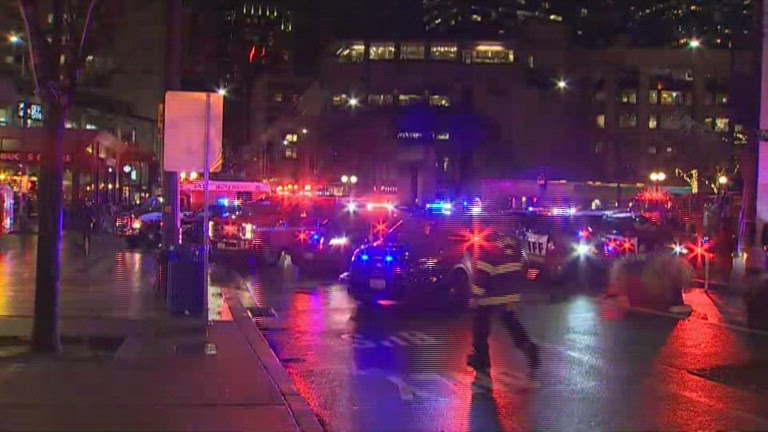 Gunman still on the loose

SEATTLE, Wash. (KYMA, KECY) - At least one person was killed, five others were injured in a shooting Wednesday evening in downtown Seattle.

Scoggins says police found one person dead in a heavily trafficked area near the Pike Place Market. Paramedics took five other people to the hospital in critical condition. The victims range in age from 9-years-old to 55.

Seattle Police Chief Carmen Best says investigators believe they're looking for a lone gunman. At this point, officers can only say the suspect is male.

This is the third shooting in downtown Seattle in two days. On Tuesday, a 55-year-old man was shot twice near the Westlake Center. That gunman also remains at large.

On Wednesday afternoon Seattle police opened fire on a man after they say he crashed into a patrol car and pulled a gun. The suspect wasn't critically injured. Officers say he was wanted on drug charges.