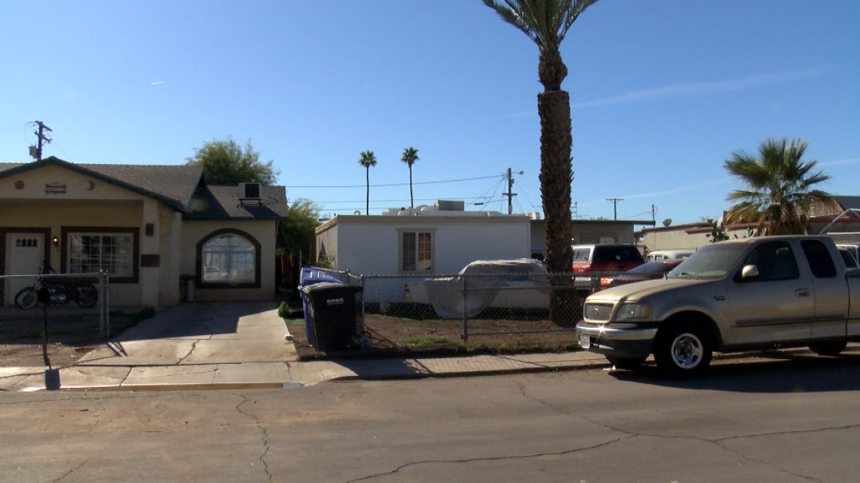 The El Centro Police Department responded to the call around 11:00 a.m. near the 1200 block of Vine Street in El Centro.

“They shot my brother with a shotgun, when I got here he was laying on the ground with a puddle of blood,” said Bianca Alvarez.

Alvarez said her 24-year-old brother Bryan Alvarez was walking to their house when he was shot.

“It was awful to see him like that and to see my mom crying for my brother,” said Alvarez.

Alvarez said her brother is stable and made it out of surgery.

A neighbor we spoke to says he saw the victims flee northbound towards Central Union High School.

“I saw them running, one of them was carrying something covered with a green tarp, I realized it was a shotgun,” said Boyd Rose, El Centro Resident.

Rose saw Alvarez laying on the ground and called the police.

Alvarez was shot near his left shoulder. He was transported to the hospital.

Anyone with information that might help police find the suspects is encouraged to contact the El Centro Police Department.