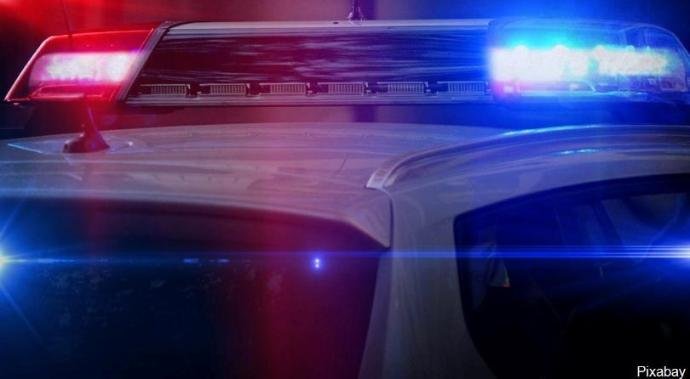 Now, the victim's father speaks out on her behalf. Bernie did not choose to disclose his last name.

He said his daughter was targeted at the Walmart on 24th Street in Yuma. According to him, two men slashed his daughter's front tire on the passenger side while she was inside the store.

“When she drove off I guess they were following her and waiting for the tire to go down enough to go flat and then they pulled up right behind her," Bernie said.

They followed her until the damage to the tire forced her to stop near the 2000 block of Ridgeview Drive, a secluded area at that time of night.

Once she stopped, the two men in ski masks verbally tried to force the victim out of her car. After she asked to see their badges, they banged on her windows on both sides.

The victim then called 911, and the suspects fled the vehicle.

Bernie's instincts were immediate. Upon getting a call from his daughter, he went to the scene to help, also disclosing that it was his daughter's birthday.

“She called me, she said ‘two guys came up, they were banging on the windows and tried getting her out of the car, that she was scared."

Bernie described their car as a white Ford Expedition with a dent on the driver's side rear door.

“You wouldn’t think there would be these kinds of problems here but we do have people from all over.”

In their initial statement, YPD said the two men impersonating police told the victim they made a stop because of a traffic violation.

YPD said Saturday at about 12:36am a victim reported being pulled over near the bicycle path in the area of the 2000 block of Ridgeview Drive.  Two men approached the victim’s car wearing regular black clothing without any police markings or patches.  They were not wearing body armor, did not have duty belts, and did not have any equipment typically carried by police officers.

The victim stated both men were wearing black ski masks.  One of the men told the victim they made the stop because of a traffic violation.  The victim began calling the police and one of the men slashed the victim’s tire.  Both suspects fled in the vehicle.

The vehicle is described as a white SUV with black rims, a push bar on the front, and several antennas on top.  It had a small red and blue strobe light in the area of the dash but no police markings and no other lights consistent with police vehicles.  The victim described a dent on the driver’s side rear door.