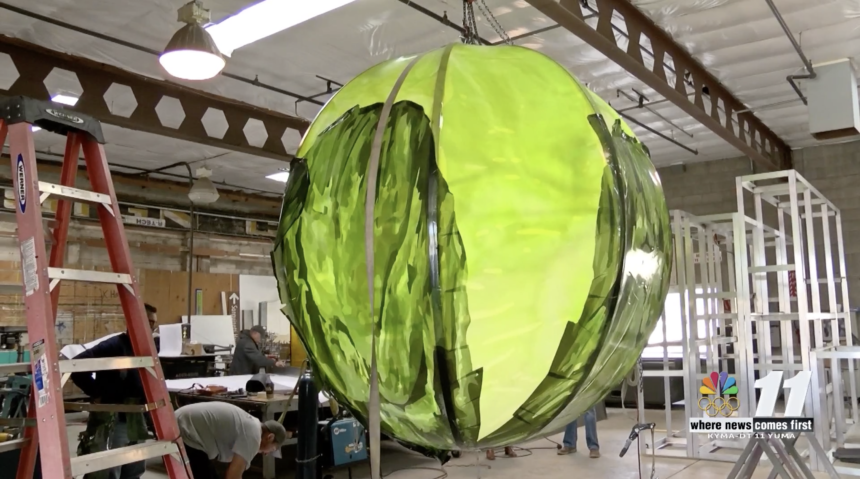 Sneak peek at this year's iceberg

But around the country, communities are ringing in the new year by dropping over-sized objects that reflect their community.

It's no secret Yuma is most well known as the winter lettuce capital of the world.

Last year the city rang in the new year than with an iceberg drop!

Penn Signs & Graphics has been a part of the Yuma community since the ’40s.

You may know the family-owned business for their signs around town like the historic Downtown Yuma sign.

This year, the team has invested over 50 hours working to make the lettuce head brighter and better than the first.

Jen McDonald from Visit Yuma said, “People loved it last year and we know this now because we have so many more people talking about it. We really do plan on this being something that people look forward to year in and year out.”

This year’s iceberg is made of vinyl layers, digitally printed with translucent inks.

There's a large 400 watt light bulb in the center.

This year, the city will drop the iceberg twice.

The first drop will be at 10 pm to coincide with New York City's ball drop.

The final drop will happen at midnight to officially countdown the new year in Yuma!