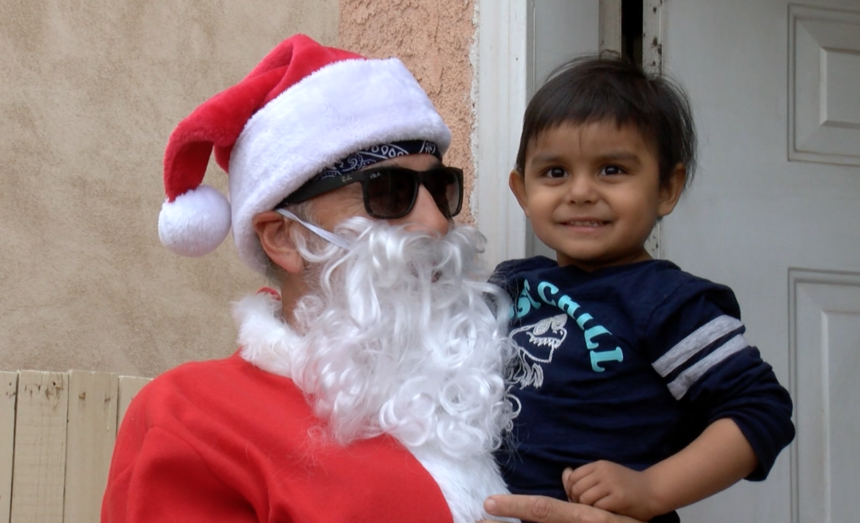 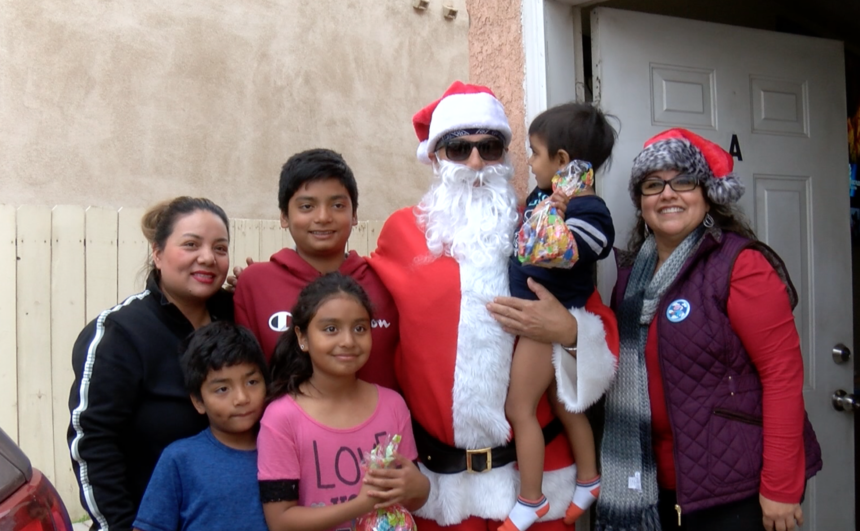 CALEXICO, Calif. (KYMA, KSWT, KECY)-Secret Santa was on a special mission Sunday evening. He delivered presents and holiday cheer to 15 families across the valley.

The local non-profit, Amigos de Alejandro, helps families who have a child with cancer throughout the year.

“She gives me a list of the children and then I go and get the presents and I get to deliver them with her," said Secret Santa.

For three years, Secret Santa has made it his mission to bring joy to these families in need.

He said it’s the highlight of his holidays.

“Sometimes it’s tough because of their condition, but you try not to think about it and you try to make sure they have the best Christmas they can have this year," said Secret Santa.

“The families that we provide support to is because one of their kids has been diagnosed with cancer, leukemia, or some sort of blood-related illness," said Elba Quezada, Amigos de Alejandro founder.

Quezada knows first hand how much help these families need.

She started the nonprofit after her three-year-old son Alejandro lost his battle to cancer 13 years ago.

“It’s such a blessing for my kids. They get so excited and for me to be able to spend this time with them is so special, said Veronica Torres, Calexico Resident.

Torres’s 3-year-old son Ramon, was diagnosed with acute lymphoblastic leukemia when he was just a baby.

She said every Christmas he gets to experience a testament to the fight he has in him.

“Thankfully he’s been doing great and he’s stable right now, but he is going into surgery on Friday. It’s a simple surgery to replace his port, but it is a surgery and it's never easy," said Torres.

Amigos de Alejandro also provided each family with a box of food and goodies to get them through the holidays.