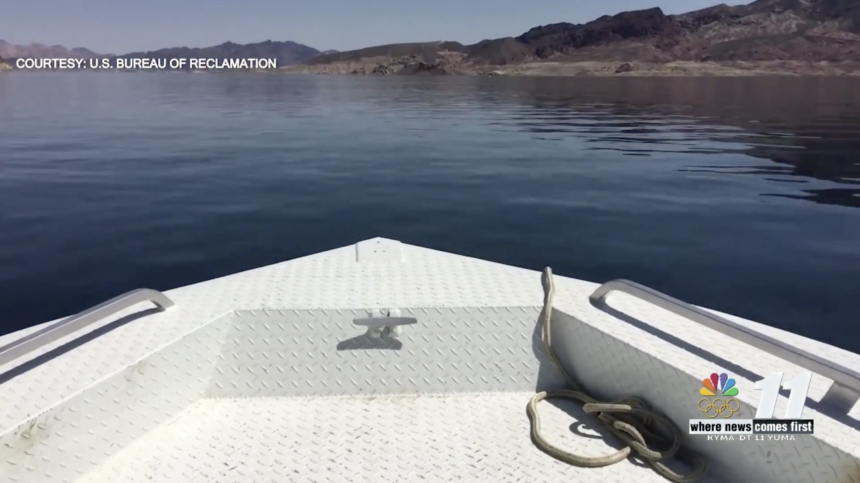 YUMA, Ariz. (KYMA) - The Colorado River Drought Contingency Plan was signed on May 20.

Last week, all seven states met at a conference in Las Vegas, Nevada to discuss what’s next in managing the slowly declining river.

The U.S. Bureau of Reclamation (USBR) counted nearly 1,200 individuals including water users, basin state officials, and tribes in attendance at the conference.

The topic of discussion: How much water will each state have to contribute to Lake Mead to hold off the drought?

The Colorado River is experiencing its worst drought on record.

The past 20-years have been the driest in over 100 years of record keeping.

Lake Mead is the primary storage reservoir for the lower Colorado basin and currently sits at 41% capacity.

Beginning in 2020, as part of the drought contingency plan, Arizona will contribute 192,000 acre-feet in water to Lake Mead.

That’s close to 7% of its total allotment of 2.8 million acre-feet of the Colorado River.

USBR said the conservatory efforts of the drought contingency plan, along with other voluntary water conversing programs in the lower basin, have slowed down a shortage of water in Lake Mead.

Bunk said, “The programs that have been in place since 2007 have resulted in Lake Mead’s elevation where it currently sits being about 35-feet higher than it would’ve been without these programs in place.”

News 11 did ask whether the proposed water transfer from La Paz County to Queen Creek would have an effect on the drought, but Bunk was not able to confirm whether it was discussed at the conference.