(KYMA, KECY/CNN) - Walmart announced pay bumps Thursday that will bring its average hourly wage to over $15 an hour. But the move still falls short of the $15 minimum wage announced by some of its largest competitors.

Walmart, America's largest private employer, said it will raise wages for 425,000 US workers -- more than a fourth of its workforce -- to at least $13 an hour.

Starting March 13, hourly workers stocking shelves and fulfilling customers' home delivery and curbside pickup orders in stores will receive a starting rate of $13 to $19 an hour, based on the store's location and market, Walmart (WMT) said. Last year, the company raised wages for 165,000 store workers in management roles to a starting rate of $18 an hour.

Overall, approximately half of Walmart employees— around 730,000—will earn at least $15 an hour.

"These are investments in people that are important to our future because they provide a great pickup, delivery and in-store experience for our customers," Walmart chief executive Doug McMillon said during a presentation to Wall Street analysts.

Walmart will still maintain its $11 minimum wage, putting it behind some other big chains.

In recent years, some rival retailers and restaurant chains have moved to a $15 an hour minimum wage. Amazon (AMZN) raised its starting wage to $15 in 2018, while Target (TGT) and Best Buy (BBY) bumped up their minimum wages to $15 last year.

Harry Holzer, professor of public policy at Georgetown University who studies the minimum wage, said in an email that Walmart is "trying to stay ahead of the curve, and not fall much behind other retailers" that have hiked wages, such as Amazon, as well as cities and states that are raising their minimum wages.

The federal minimum wage has been $7.25 an hour since 2009.
President Joe Biden included a $15 federal minimum wage in his $1.9 trillion stimulus proposal last month, and it's part of the package working its way through the House. The legislation, which could be voted on as soon as next week, calls for hiking the hourly wage in stages until it hits $15 in 2025.

McMillon said Thursday that a $15 minimum wage was "an important target, but also think that should be paced in a way that's good for the US economy."

The latest pay raises are targeted at workers that "tend to have been with us for a longer period of time than someone that might be earning the entry wage," McMillon said. "We're trying to move that average up" and create incentives for employees to remain with Walmart.

He added that Walmart "will be sensitive to geographies. There are parts of the country where the starting wage should be lower than others." 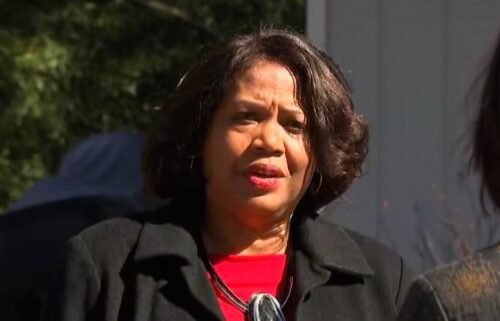