The Federal Trade Commission is considering whether to write sweeping new regulations that could restrict how businesses collect and use consumer data, hinting at a possible crackdown on commercial algorithms and a sprawling economy powered by the personal information of millions of Americans.

On Thursday, the FTC announced it is accepting public input on whether to draft new data privacy rules, a prelude to a possible rulemaking action.

The decision to solicit feedback, approved in a 3-2 vote by the agency’s commissioners, reflects FTC Chair Lina Khan’s aggressive push to curb what she has described as a “commercial surveillance” industry that profits from lax cybersecurity practices and weak restrictions on how consumer data can be collected, shared and analyzed.

It also targets what agency officials described as a steady stream of data breaches that have led to repeated leaks of consumer information in recent years, along with businesses’ handling of digital health data, an area that has come under increasing scrutiny following the Supreme Court’s decision this year to overturn federal abortion rights.

“Technological advancements over the last few decades have delivered enormous benefits, but they’ve also delivered tools that now enable persistent tracking and routinized surveillance of individuals,” said Khan at a press conference Thursday. “We all know businesses that collect personal data on individuals at a massive scale and in a stunning array of contexts — on our location, our health, what we read online, who we meet, what we buy.”

The FTC inquiry focuses on a broad range of topics that have dominated recent US debates about technology, including claims that social media algorithms may be addictive or linked to mental health harms for young people. It also seeks input on the potential economic harms caused by poorly trained algorithms that may be unfairly biased along characteristics such as race and gender, as well as the techniques some businesses use to entice consumers to give up their personal data.

FTC officials declined to say what any final rules may look like. Thursday’s initiative, they said, is solely meant to collect feedback on whether the FTC should move forward with drafting new regulations. But the agency’s call for comments contemplates numerous ways in which the FTC could potentially impose restrictions on businesses, including limits on targeted advertising, rules governing the collection and storage of consumer data, or transparency rules. Depending on the outcome, those new regulations could drive at the core business models of many tech companies.

As the nation’s top privacy and data security watchdog, the FTC has broad authority to prosecute unfair and deceptive business practices. It is rarer, however, for the agency to exercise its rulemaking authority, and the effort to potentially draft new privacy regulations reflects an unusual flex of FTC muscle. In a press conference Thursday, Khan argued that the spread of potentially harmful business practices linked to digital data showed the limits of litigation.

The FTC initiative comes as Congress has rapidly advanced a bipartisan proposal this year to overhaul US privacy laws and establish the country’s first-ever data privacy right. Last month, a House committee approved the legislation, known as the American Data Privacy and Protection Act, which among other things would ban targeted advertising toward children. The bill’s future in the Senate remains unclear, however.

Rep. Frank Pallone, who chairs the House Energy and Commerce Committee and an architect of the privacy bill, said the legislation is still necessary despite the FTC action.

FTC Commissioner Alvaro Bedoya said the congressional bill is “the strongest privacy bill that has ever been this close to passing. I hope it passes; I hope it passes soon.” Bedoya vowed that if the bill becomes law, he would vote to approve only those FTC privacy regulations that would complement the legislation and not any that would conflict or overlap with it. 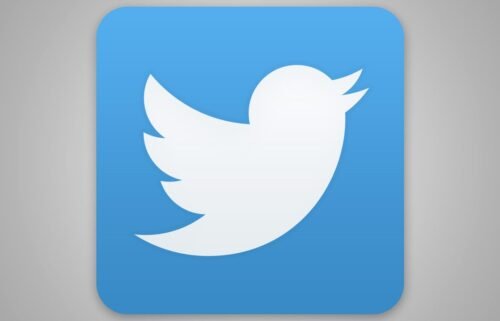