Three children were killed and one person was injured in Monday’s airstrikes in Mekelle, the capital of Ethiopia’s war-torn Tigray region, the United Nations said Tuesday.

Jens Laerke, spokesperson of the UN Office for the Coordination of Humanitarian Affairs (OCHA), said at a briefing in Geneva that local health workers in the Mekelle hospital confirmed that the children had been killed as a result of an airstrike on the outskirts of the city.

A second airstrike in Mekelle town “reportedly injured nine people and caused damage to houses and a nearby hotel,” Laerke said, adding that the “intensification of the conflict is very alarming.”

A spokesman for the Tigray People’s Liberation Front (TPLF) accused Ethiopian Prime Minister Abiy Ahmed on Monday of targeting civilians in an attack on a busy market day. Ethiopia’s federal government launched a military offensive to oust the TPLF last November and fighting has been ongoing since.

The state-run Ethiopian Press Agency reported Monday that the Ethiopian Air Force “launched a successful offensive” against a TPLF communication network and facility in Mekelle. Airstrikes were “carried out with the utmost precision to prevent civilian casualties,” the report said.

Earlier Monday, Ethiopia’s government communications chief Leggese Tulu denied the strikes, saying that “the government doesn’t have any plan to terrorize its own people. Why should it? It’s not true.”

“Those terrorists want to confuse the world by falsely claiming we are being attacked both by air and land to turn the world against Ethiopia,” Tulu told CNN.

In a separate statement, the government spokesperson’s office also said that “the government of Ethiopia would like to request the US and its partners not to be swayed by the crying wolf TPLF and downplay the suffering of people in north Wollo, Gonder, Wag Hemera of Amhara, and Afar regions.”

The Ethiopian military has been in control of much of Tigray since November 2020, when it launched a major assault on the region with the support of Eritrean soldiers and local militias in an effort to remove the TPLF from power. It was the last time that airstrikes were launched on Mekelle.

An eyewitness to Monday’s incident in Mekelle told CNN she heard an explosion and saw smoke in the vicinity of Adi Haki Market, describing a scene of panic with people running around when she left her office following the blast.

One resident of the city told Reuters one strike hit close to a market, behind a hotel. An aid worker and a doctor in the region also said there had been an attack and a diplomat shared pictures with Reuters of what they said was the aftermath, including pools of blood and smashed windows.

Laerke reminded all parties of their responsibility according to international humanitarian law on Tuesday saying: “We also call on unrestricted and sustained humanitarian access to all people in need, who need our supplies. They also need fuel and cash.”

On Monday the UN Secretary-General António Guterres said through his spokesman Stephane Dujarric that he was deeply concerned over the escalation of the conflict and reiterated his call for all hostilities to stop.

Ethiopia has seen a wave of atrocities over the last 11 months of conflict, which has forced 2 million to flee, fueled famine and left thousands dead. The conflict, by many accounts, bears the hallmarks of genocide.

In late September, Ethiopia said that it was expelling seven senior United Nations officials, just days after the UN’s aid chief warned that the Tigray region was descending into famine due to the government’s blockade of aid deliveries.

An estimated 18,600 children in Tigray under the age of 5 have been admitted for treatment for severe acute malnutrition (SAM) from February to August this year, according to UNICEF. That’s a 100% increase compared to 2020, it said. 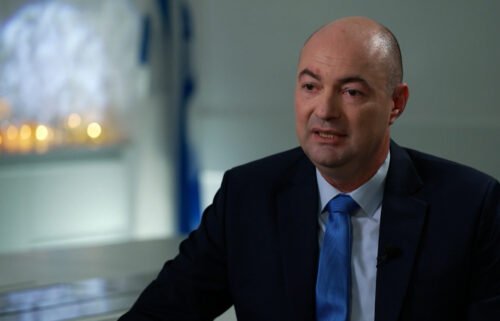 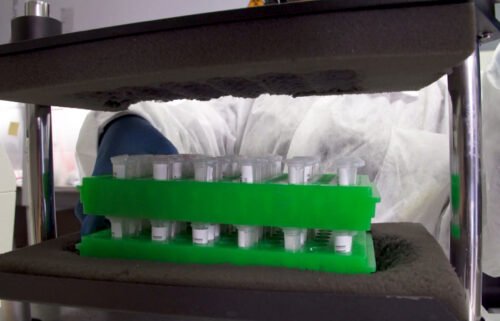