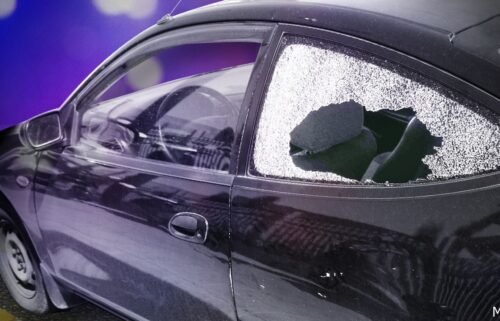 Sponsors of the Olympics are walking a tightrope ahead of the Beijing Winter Games next month as worsening geopolitical tensions force them to consider downplaying their involvement without upsetting China.

Political fervor in the United States reached a high last month as the White House called for a diplomatic boycott of the Games, a statement against human rights abuses that Washington has accused Beijing of perpetuating in the country’s western Xinjiang region.

That’s added to pressure on companies such as Coca-Cola, Intel, Visa and Airbnb, which in recent months have faced calls to cut ties with the event because of Xinjiang.

Some politicians have accused businesses of undermining the ability of their home countries to send a clear message to Beijing through diplomatic boycotts. Critics also question the value of sponsoring an event that won’t be selling tickets to the public due to pandemic curbs.

But corporate executives have few good options as they are pulled between the world’s two largest economies. Stay silent, and risk alienating consumers in places like the US. Pull back, and potentially damage their prospects in the vast Chinese market.

International companies are familiar with the risks. Last year, Nike, H&M and other Western brands faced a boycott in China because of a stand they took against the alleged use of forced labor in Xinjiang. And in 2019, comments made by the Houston Rockets’ then-general manager in support of pro-democracy protests in Hong Kong threatened billions of dollars in business between the NBA and China.

The sensitivities leave companies treading on thin ice, according to Dipanjan Chatterjee, a vice president and principal analyst at Forrester in charge of brand strategy.

He described the upcoming Games as “an upside-down Olympics.”

“This is a very, very unusual year,” Chatterjee told CNN Business. “Typically at this time of the year, you know, all the brands are all agog with excitement because the Olympics is right around the corner … Instead, what you’ve found is that they’ve retreated into their shells.”

Mark DiMassimo, the founder and creative chief of DiGo, an advertising agency in New York, said sponsors appear to be downplaying their involvement, at least in the lead-up to the Games.

“You don’t see the typical promotion of their Olympics advertising in advance. You’d be typically seeing it at this time, and we’re not,” he said. “I think they’re trying not to make themselves the story.”

The US was soon joined in its diplomatic boycott by the United Kingdom, Australia, Canada and Denmark, which each announced they would not be sending any government delegations to the events, citing human rights concerns in China. Japan and the Netherlands have also said their senior officials will not attend, though they have not described their actions as a boycott.

China, for its part, has called on the international community to “depoliticize” sports and warned that countries could “pay the price for their mistaken acts.” The Chinese government has also repeatedly and vehemently denied all allegations of human rights abuses.

But for businesses, the diplomatic firestorm set off a gigantic scramble, according to DiMassimo.

There were “lots of late-night Zoom calls and meetings as advertisers tried to figure out what to do,” he said, referring to the aftermath of the US boycott.

Even before then, pressure was rising. Sophie Richardson, China director of Human Rights Watch, said her team wrote an open letter to Coca-Cola last May, asking if it had conducted a human rights review in China in light of its participation in the Games.

Coke did not respond, which was “disappointing,” Richardson said, arguing that the company was demonstrating “double standards.”

“It will defend voting rights, for example, in the United States, where it’s relatively easy and cost-free, and presumably in their calculations, maybe makes them look even better,” she added, referring to Coca-Cola’s intervention after a controversial voting law in Georgia was passed last year.

“But they won’t talk about the total lack of voting rights inside a place like China.”

Asked about the matter by US Sen. Tom Cotton last year, an executive said that Georgia was the company’s home state, “where many of our employees live and work.”

“We are most engaged on policy issues here at home, but we are clear in our respect for human rights globally,” said Paul Lalli, Coca-Cola’s global vice president of human rights.

But analysts suspect their advertising push this year might be a lot more muted than that number would merit.

“There is speculation that a whole bunch of these brands that have bought premium ad spots for the Olympics are going to run generic messaging,” Chatterjee said, referring to standard advertisements that were not created specifically for the event.

“I mean, that is mind-boggling, right?” Chatterjee added.

“They have paid a premium, they have paid top dollar to be associated with this incredible equity of the Olympics,” he said, suggesting they’d have to “backtrack” to avoid controversy.

Not everyone sees it that way.

Rob Prazmark, who runs the firm 21 Marketing and helped create the International Olympic Committee’s global partnership program nearly 40 years ago, said he had a hard time believing that sponsors would “end up spending hundreds of millions of dollars” and not “use the Olympic brand.”

“The research still says it has so much equity, and pull at the heart, not just here in the States, but in China, in Japan, in Korea, in France,” he said. “The companies realize that the upside potential is greater than the downside risk.”

To be sure, sponsors aren’t holding back within mainland China.

Over the last several weeks, brands have seized the opportunity to connect with consumers on the ground, with Coca-Cola, Visa and Procter & Gamble all rolling out promotional campaigns.

CNN Business reached out to all 14 top Olympic partners for comment. Most did not respond, while Intel and China’s Mengniu Dairy declined to comment.

Atos, a French IT company, said it would “not comment on issues outside of our role as worldwide IT partner,” and fully abides “by the IOC’s strategy on human rights, in addition to our own ethics and compliance program.”

Coca-Cola said its top executives wouldn’t be at the Games due to the Covid-19 pandemic and a scheduling conflict with its upcoming earnings, without commenting further.

Allianz, a German insurer, said that it was focused on the achievements of the athletes, while Swiss watchmaker Omega said that it planned to concentrate on “ensuring that each result is measured with utmost precision.”

Some companies, however, have tried to address the elephant in the room.

Last July, a US congressional commission summoned American companies to a hearing to address their commitment to human rights in China and the risks of being associated with the Games.

Executives from Airbnb, Coca-Cola, Intel, P&G and Visa testified, each noting that they were long-term partners with the IOC and not focused on any particular set of Games.

“We do not believe our sponsorship degrades our global commitment to human rights,” said Steve Rodgers, Intel’s general counsel.

“Our sponsorship is not an endorsement of any specific host country or its government, nor an acceptance or approval of domestic activities that may take place within that country.”

Some companies have even met with activists.

Last October, Allianz spent time with campaigners from the World Uyghur Congress, according to Zumretay Arkin, the group’s program manager. The organization says it represents the interests of the Uyghurs, an ethnic minority group in Xinjiang that the United States and others allege is a victim of China’s human rights violations.

Arkin said the organization, along with a Tibetan human rights group, had reached out to all Beijing Olympic sponsors, and found that “Allianz was the only company willing to meet with us.”

During the meeting, a former Uyghur teacher in detention camps and a former Tibetan political prisoner shared their past experiences with Allianz representatives, according to Arkin.

In a statement to CNN Business, Allianz said that “we consider dialogue with civil society organizations to be very important.”

“We have been in exchange with [such organizations] on our sponsorship in recent months and know their expectations towards sponsors,” the company added, without elaborating further.

Still, there is broad recognition that this isn’t likely to be the first or last controversy with the Olympics.

Companies “know that if they’re going to be a sponsor of the Olympics, that there are going to be protests and boycotts. It happens just about with every Games,” said Rick Burton, a sports management professor at Syracuse University, who was chief marketing officer for the US Olympic Committee for the 2008 Beijing Games.

“I think they take the stance that they’ve got to operate regardless,” he added.

Brands also typically lock themselves into deals that can stretch out over a decade, according to Prazmark.

“Some of these companies have contracts now through 2032, some 2028,” he said. “And so they kind of flow with the tide, meaning there are some Games that are great, some Games that are not that great, but they realize they’re in it for the long haul.”