Central banks are usually tasked with keeping inflation in check, while promoting economic growth and employment. Now, add fighting the climate crisis to the list.

On Wednesday, the Bank of England was given a new mandate to support the UK government’s ambition to become a net zero economy by 2050.

“I am today updating the [Monetary Policy Committee’s] remit to reflect the government’s economic strategy for achieving strong, sustainable and balanced growth that is also environmentally sustainable and consistent with the transition to a net zero economy,” finance minister Rishi Sunak wrote in a letter to Bank of England Governor Andrew Bailey.

The central bank — which has viewed climate change as a risk to financial stability for some time — will now take into account the climate record of companies before buying their bonds, effectively rewarding greener businesses by lowering their borrowing costs. It said in a statement that it will provide more information on its planned approach in the coming months.

In a separate letter to Bailey on Wednesday, Sunak said that the central bank should “continue to act with a view to building the resilience of the UK financial system to the risks from climate change and support the government’s ambition of a greener industry, using innovation and finance to protect our environment and tackle climate change.”

Sunak unveiled plans in his annual budget to issue at least £15 billion ($20.9 billion) worth of green bonds in the coming year to help finance projects that tackle climate change and create jobs in the green economy.

He also announced funds for new port infrastructure to support offshore wind farms and plans to launch a bond that will make it easier for UK savers to invest in green projects. Alongside these measures, Sunak unveiled Britain’s first infrastructure bank, which will be located in Leeds with the aim of channeling £40 billion ($55.8 billion) into projects such as carbon capture, hydrogen production and electric vehicle charge points.

Former Bank of England Governor Mark Carney said in a tweet that Sunak’s decision to align the central bank’s remit with the transition to a net zero economy was a “critically important move.”

“[Sunak] just talked up his green credentials, but his budget stops way short of what was needed or what’s happening in other countries,” he said in remarks to parliament. “This budget should have included a major green stimulus, bringing forward billions of pounds of investments to create new jobs and new green infrastructure.”

The United Kingdom, which became the first major economy to commit to a legally binding target of net zero emissions by 2050, will host the COP26 UN climate change conference in Glasgow in November.

Correction: An earlier version of this story incorrectly attributed a quote regarding the remit of the Monetary Policy Committee. 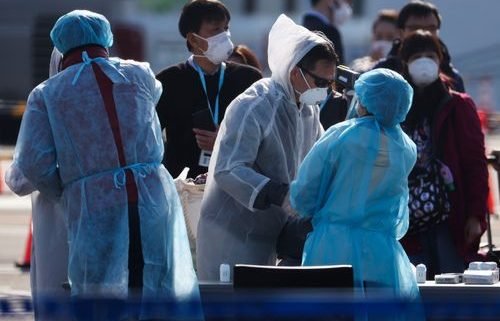