U.S. Border Patrol said agents were patrolling the coastline last Sunday morning when they saw four men walking along the beach. They said they were wearing torn wetsuits without equipment.

When they approached the men, they fled. They caught a 17-year-old after a brief chase, but the other three got into a GMC Acadia SUV.

Agents pulled the SUV over as they attempted to leave the area and found all three men in wetsuits, along with the driver and passenger.

They took the five adults and the 17-year-old to the station for further processing. The driver and the passenger are charged with human smuggling.

“As a constant reminder to the public, if you see something out of the ordinary near the coast, don’t hesitate to call authorities,” said Chief Patrol Agent Aaron M. Heitke.  “Attempting to swim around the border wall is very dangerous, especially in the thick fog that was present that morning, yet callous smugglers continue to guide people on this dangerous course.” 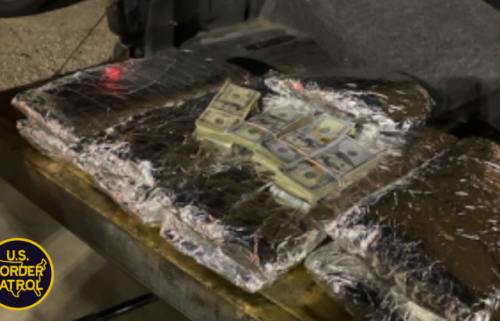