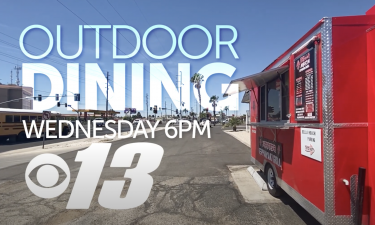 The U.S. House of Representative accuses Trump of inciting the deadline January 6th assault on the Capitol in an attempt to overturn the election.

Trump's defense team says the words spoken at a rally before the siege were merely "a figure of speech." They also argue trying a former president is unconstitutional. Democrats point out, he was impeached before leaving office.

Continuing coverage of the Second Impeachment of Donald Trump:

The debate over the constitutionality of the prosecution is expected to dominate the trial's opening day.

You can watch continuing livestream coverage of the entire proceedings here on our Politics page, or on our free mobile app.