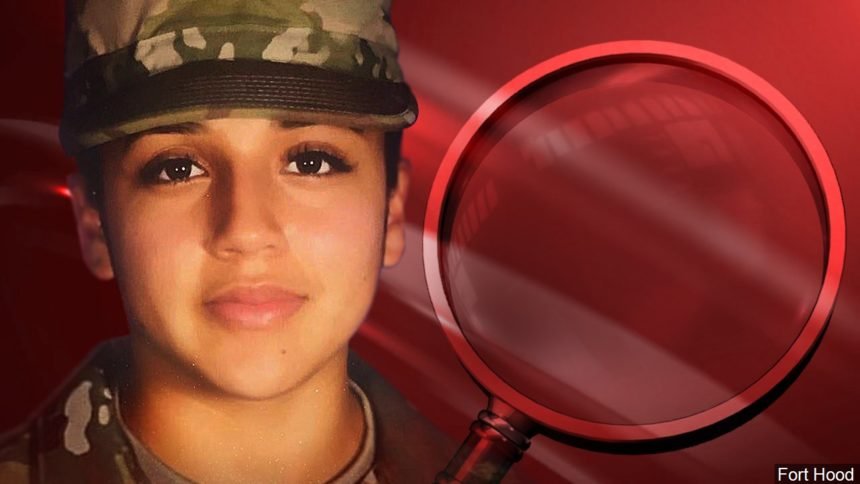 YUMA, Ariz. (KYMA, KECY) - More than a dozen people were out on the streets of Yuma to make their voices heard. They say, the Army must take action, some even calling for Fort Hood to be closed down until there is justice.

At a candlelight prayer vigil Friday night, outside the gates of Fort Hood, supporters lined up to demand answers and pay their respects to Specialist Vanessa Guillen.

The murder of the army specialist now sparking conversation here in Yuma.

Ruth Barrera organized this gathering, outside the Army Recruiting Center.

Penny came out this afternoon to protest and shares her thoughts.

“it's pretty disgusting vanessa was just the tip of the iceberg and, and the military has been just crushing these three posts, under the rug, and we need to we need to be a solution. They need to stop covering up for themselves. And we need justice. Justice for the victims,” Penny said.

Protesters say, nothing is being done when it comes to Guillen’s murder and cases similar to hers. They think Fort Hood should be shut down if no action is taken.

“A woman gets, you know, sexually assaulted and, and then they just cover it up in the worst ways possible like, to the point of like killing people and just hiding it. This isn't the first case of this happening I know countless examples,” said another protester, Robert.

“No action is being taken the army said that vanessa was a valued soldier, no she wasn’t, she was bludgeoned to death with a hammer that is not being valued. There's three people that were supposed to be in that armory. How is there only one person who covered everything up, cleaned up the whole armory. We don’t buy it, they’re covering it up," Barrera added.

Federal investigators arrested Cecily Aguilar, Thursday night, in connection with disposing Guillen’s body. Supporters here say, that is not enough justice for what Vanessa Guillen went through at Fort Hood.

“We're just tired, we're just tired of the cover ups we want the military to be investigated by a third party,” the organizer said.

Barrara says, they are setting up another protest on July 10th at 5:00 P.M., at Yuma’s Marine Corps Air Station.