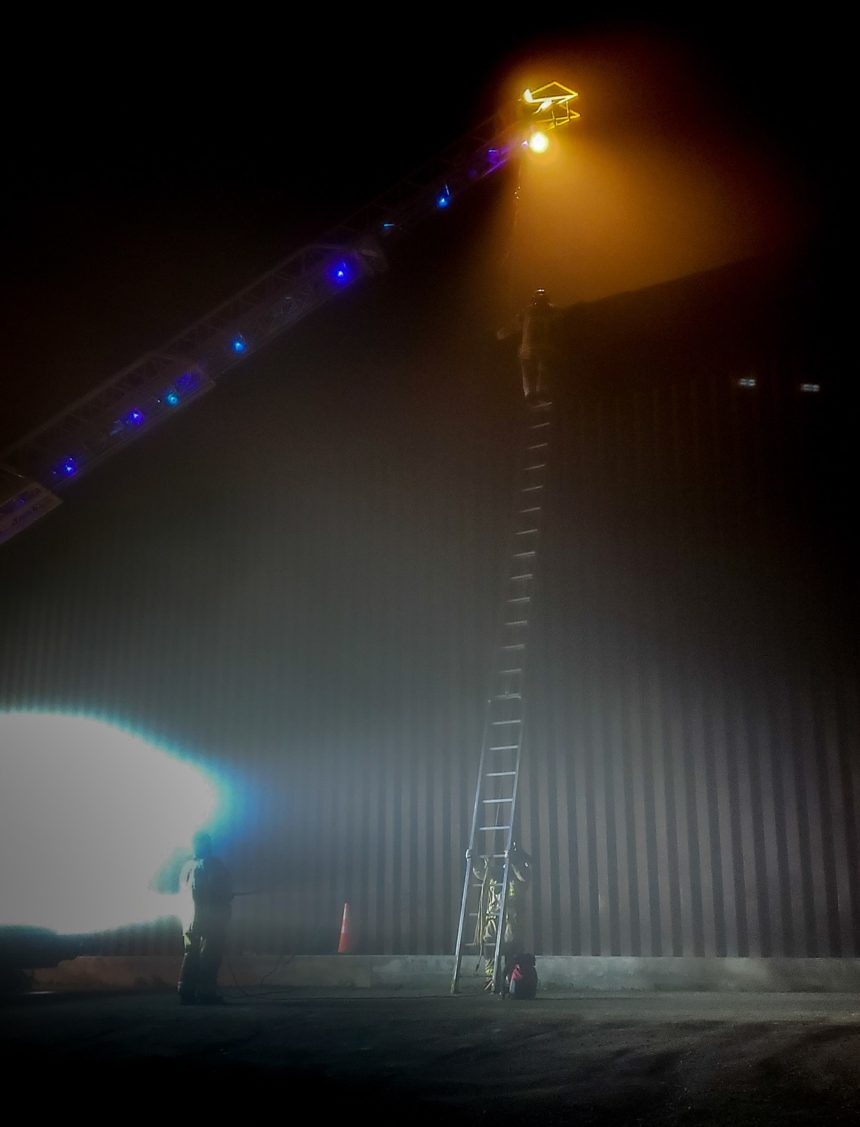 Agents said they reached out for help after seeing the smugglers abandon the trio leaving them stuck on top of the wall.

The San Diego Fire Department used the ladder truck to remove the three people from the wall without any injuries.

“These three were very fortunate to not have fallen from the top of the wall which could have resulted in serious injury or death,” said San Diego Sector’s Acting Chief Patrol Agent Aaron Heitke.

“These dangers are not important considerations to smugglers, who place an emphasis on profits over safety.”