In a News 11 Exclusive, Arlette Yousif explores one of Yuma's best and most-haunted treasures

YUMA, Ariz. (KYMA, KECY) - The Yuma Territorial Prison served as a first for many things over a hundred years ago when it opened in 1876. If these walls could talk, you could hear the secrets of inmates from more than a hundred years ago. Though some of the mysteries that lie within the prison walls may never be fully uncovered.

"During those years there were over 3,000 prisoners, some of the greatest notorious bank robbers in the old west," says Yuma Territorial Prison Historian and Curator Tina Clark.

Inmates built the very walls that still stand at the museum today.

As the number of inmates grew, so did the workload… building cell after cell.

"The Yuma Territorial Prison was considered a really progressive institution for its day," says Clark.

It was the first humane prison.

In 1884 the building also installed electricity, the first place in Yuma to have such a luxury. Just a year later, the first much-needed hospital opened there. This was during a time when tuberculosis was a major health scare, and inmates were sleeping six to a tiny cell.

The prisons cemetery sits just across the building. It’s the final resting place of those 111 inmates.

"It is considered one of the most haunted places in Arizona," explains Clark.

The prison’s unique location is situated between two great barriers, the Sonoran Desert and the Colorado River. Still, many tried to escape.

One woman stood out.

"Pearl Hart, the famous of all the women. She was the last Stagecoach robber in Arizona," explains Clark.

Hart and her boyfriend both became inmates at the territorial prison, but they almost got away with stealing around $350.

"They escaped and the posse out of Tombstone were chasing them for three days, but it was hot. Pearl and her boyfriend, his alias was Joe Boot, were sleeping under a shady tree out in the desert. And the posse caught up with them," says Clark.

After their incarceration, the media was in a frenzy.

New York reporters could get on a train in New York and end up in Yuma. And they came… 20 of them, at least. Maybe more.

After a failed escape attempt and serving out her sentence, she took her fame to the stage where she performed wild west robbery acts. But Clark says that she was such a bad actress that she was booed off the stage and faded out of the limelight, never to be heard from again. Some speculate she lived out her days as a wife and mother. Other’s say she ran a cigar shop.

One of many famous stories of the wild west.

"All of the bank robbers, stealing, murder… plenty of murders, lots of shootings. That is part of the romance of the old west. The crimes that you could get away with. People could be in a bar very drunk with two colt 45’s on each hip," explains Clark.

Many local wives wanted their husbands to work at the facility. Prison guards made $100 a month, a lot of money in the early 1900s. After the prison closed in 1909, the prestigious prison guard job was gone.

Still, there are many stories left to be told about the historic Yuma Territorial Prison.

As I walked out, I learned one more thing about this chilling place. Solitary confinement is bad enough, but 10 days in the dark cell is definitely something you want to stay away from. 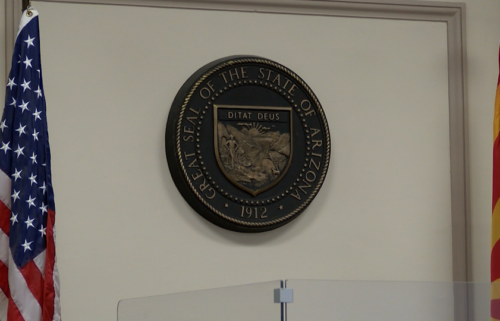 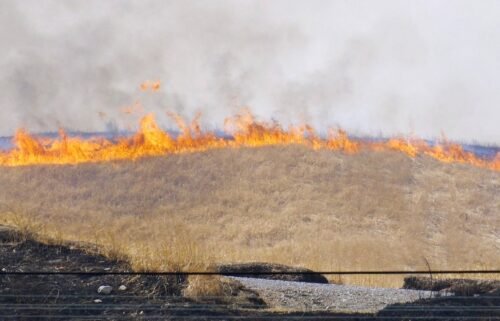