YUMA, Ariz. (KYMA, KECY) - The coronavirus pandemic has impacted many people in our community, from those contracting the virus to the frontline workers. At YRMC, hundreds of patients flooded several COVID-19 units during two separate waves of cases.

Over the past few months, Yuma county has been a major COVID-19 hotspot in Arizona.

Frontline workers bracing to face something they’ve never witnessed before.

“I think this has been hard for every staff member in this hospital to watch people come in and be so sick, and the first time around we had no clear cut way to treat it because it was so new,” a doctor said.

In 10 months and counting, nurses have been treating coronavirus patients.

Outside in the healing garden, I sat down with Danielle Miller, a nurse practitioner, at YRMC.

“It teaches you that sometimes you have to dig deep and you have to go a place you didn't know you had to be able to keep doing it.”

In comparison to the first wave back in the summer of 2020, according to one ICU nurse, people are not coming in as early when they first contract the virus.

“I think the people are still sick but we're seeing a lot more sick people now who aren't coming in as early on in the virus. They're waiting till they get a little sicker. And it seems they're sicker longer, they're staying in the hospital longer they're having, you know, maybe some scarring on their lungs that's a lasting effect,” Kym Miller explained.

The thought of being away from your family may be another reason to be hesitant.

“I think that's why a lot of patients are afraid to come in because they know once they come in here they're separated mostly from the people that they love other than telephone or facetime families usually appreciate all the updates you give them. It's really hard to tell someone that their family member their loved one is declining especially when they can't be here to see that,” Danielle Miller said.

These nurses are the main line of communication for families wondering how their loved one is doing.

“Our community as a whole is suffering a great loss right now. And so there's a lot of the social aspect to it, is, is nursing so we have to comfort you know all the families that can't be there,” Kym Miller added.

One patient walking through the doors is a local truck driver.

“He got really sick that he couldn't breathe so I call 911. He was having very high blood pressure, he wasn't breathing right. He didn't have enough oxygen in his blood, so they decided to fly him to Phoenix Mayo Clinic. They didn’t let me see him the whole time, he's spent one month in the hospital,” his wife, Sylvia Limon, explained.

“He still needs oxygen during the night and they say that there's a lot of damage in his lungs,” Limon said.

After being discharged, his wife says things got worse resulting in both losing their jobs.

“It was really hard and stressful for me because I have to quit my job, or I can take care of him 24 seven because he couldn't stand up for eight on his own. I have to shower him because he wasn't able to do matter, none of that stuff,” she added.

The family tells me, plasma, donated by people who have contracted the virus, saved his life.

Danielle Miller says this is common when treating patients.

“If someone donated plasma, they have the antibodies were hopefully using that so it can maybe slow some of the progression help hasten the healing process. Do I know for sure if it works, not 100%. I mean, there's some data on there but again this is all relatively new,” Miller explained.

As the pandemic continues, frontline workers are still dealing with trauma and a critical need for additional nursing staff.

But that’s not the only thing affecting their everyday lives.

Most emergency personnel have had to change how they live outside of work.

“I’ve been in the covid unit. Really since it started back about nine months ago, eight months ago, it's different because I don't want to go home and hug my kids like I used to. Even though I don't have it, and to my knowledge, I've not had it. I don't want to give it to anybody,” Miller said.

She goes on to say, “I feel like I've just lost that little touch with them that we used to have.”

Although it's been life-changing, families are understanding what it takes to work on the frontlines.

Among the endless amount of sadness at the hospital, there are some special moments as well.

“Ahh, my little young lady that I had she was a very young patient she was here for a long time,” Danielle Miller said.

The patient was on a high level of oxygen and her family was very concerned.

“When the day came that she got to transition to a normal level of oxygen. Even though we weren't allowed to hug we hugged we cried her family cried we were on facetime. It's the little victories that get you through,” Miller added.

Since March of 2020, when the pandemic began, nearly two thousand people have been discharged here at the hospital. 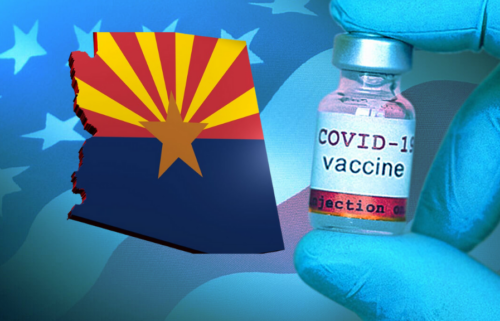 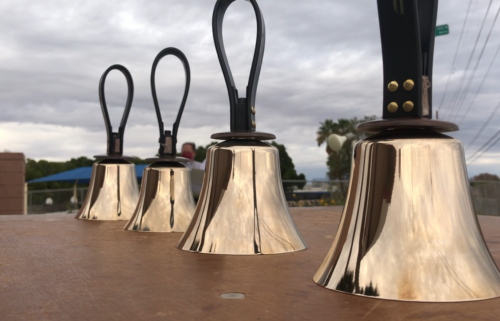 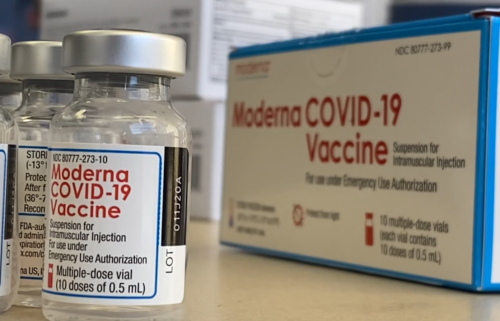