Tricia Hill tears up when she talks about the emotional toll the water shut-off in southern Oregon has had on her family.

Amid historic, climate change-driven drought, the federal government in May shut down the water supply from the Upper Klamath Basin on the California-Oregon border to protect native fish species on the verge of extinction. As a result, Hill and other farmers like her in the region have been cut off from water they have used for decades.

The drought has “definitely made it a lot harder for us to get by year after year, and it’s making an already tight margin a lot tighter,” Hill, a fourth-generation farmer, told CNN. “For all of us, we’ve got families, employees, customers — people we have to figure out how to take care of.”

As the Klamath Basin dried up, an environmental crisis exploded into a water war this year that has pitted local farmers against Native American tribes, government agencies and conservationists, with one group threatening to take the water back by force.

More than a century ago, the federal Klamath Project redrew the basin’s landscape, draining lakes and redirecting rivers to build a farming community that today supplies horseradish, wheat, beets and even potatoes for Frito-Lay chips.

But the project has since been a source of environmental controversy, and two native fish species were listed as endangered in the 1980s. Since then, federal water officials have sought to strike what some say is an impossible balance between providing water to local farmers and leaving enough to protect the fish that are central to the cultural practices of native Klamath Tribes.

When the lake level plummeted earlier this year, federal officials decided to shutter a headgate that has delivered water to communities around the basin since 1907.

‘We’re getting to the end of the rope’

The shutdown has upended agricultural practices, taxed the community and added financial burden to farming families. Some are threatening to take matters into their own hands.

In April, Dan Nielsen and Grant Knoll bought property next to the irrigation canal headgate in Klamath Falls, Oregon. Soon after, they erected a large red and white tent and plastered it with American flags and signs that read things such as, “Stop Rural Cleansing” and “Help Amend the Endangered Species Act.”

“We’re here because we’re trying to stand up for our private property,” Nielsen said. “We’ve been trying to be nice, but we’re getting to the end of the rope. You just go in there and pull the bulkheads and open the headgates.”

“We’re going to do it peacefully,” he added, “unless the federal government turns on us like they usually do.”

In 2001, during a previous water standoff with the federal government, enraged farmers — including Nielsen and Knoll — breached a chain-link fence and forced open the headgates of the main canal with saws, crowbars and blowtorches until the US Marshals were called in to put an end to it.

The same farmers are threatening to blow the gates open again with the support of anti-government activist Ammon Bundy, known for leading an armed group to occupy Oregon’s Malheur National Wildlife Refuge in 2016. Bundy later faced federal charges for his role in the 41-day standoff with federal agents but was acquitted by a jury.

One of Bundy’s men, Robert LaVoy Finicum, was killed by law enforcement during that takeover. Now, among the posters hanging in Nielsen’s Klamath Basin tent is Finicum’s rallying cry: “There are things more important than your life and freedom is one of them. I am prepared to defend freedom.”

“He’s a nice guy, he’s just like me,” Neilsen said of Bundy. “He’s just willing to stand up on what’s right and wrong.”

Yet many local farmers do not want to get their water back by force. Even if they do manage to open the gates for a short period of time, Hill said, there still won’t be enough water for their needs.

“When people are desperate and scared, they have all sorts of different reactions along the spectrum,” Hill said. “There’s enough people that are pushed to the brink this year that options that wouldn’t normally seem reasonable are starting to change. As far as any violence, it’s not just something I can ever condone.”

‘If those fish die, the people die’

The Upper Klamath Lake is home to two native suckerfish — the C’waam and Koptu — that don’t exist anywhere else in the world. These fish are also sacred to southern Oregon’s Klamath Tribes, which are made up of the Klamath, Modoc and Yahookskin band of Northern Paiute Indians.

But biologists and the tribal communities around the Upper Klamath Lake say that warming temperatures and environmental degradation have caused water levels to drop to the bare minimum needed to keep the fish alive.

According to Alex Gonyaw, a senior biologist for the Klamath Tribes, the two endangered suckerfish are endemic species that have existed for at least a million years, and they have a difficult time adapting to environmental changes — especially ones brought by rapidly warming temperatures and agricultural practices.

The Klamath Project created hazardous conditions for the fish, Gonyaw said. Phosphorus and nitrogen runoff from nearby farms fueled enormous algal blooms, which sucked oxygen out of the water.

The impact is taking an emotional and cultural toll on Native Americans in the basin. The C’waam fish, for instance, is central to the tribe’s creation story and Indigenous practices, but now they fear the extinction of the species. The tribe made the tough decision in 1986 to halt their hunting and fishing in hopes of the species’ recovery.

“We’re here today because those fish were here,” said Don Gentry, the chairman of the Klamath Tribes. “The C’waam creation story says, ‘if those fish die, the people die.'”

As time runs out and the drought worsens, the one thing that all stakeholders seem to agree on is that the current way of managing the water crisis is not working. Gentry agrees that even the mandatory protections placed on the suckerfish under the Endangered Species Act aren’t improving conditions enough.

“All we’re trying to do is protect the very same thing that other people in the basin are, trying to protect our homeland, our culture, and our traditional economy — hunting, fishing, trapping and gathering,” said Gentry. “We’ve suffered that loss many times. We have to do what we have to do to protect the things that are here. It’s unfortunate that it pits us against other folks.” 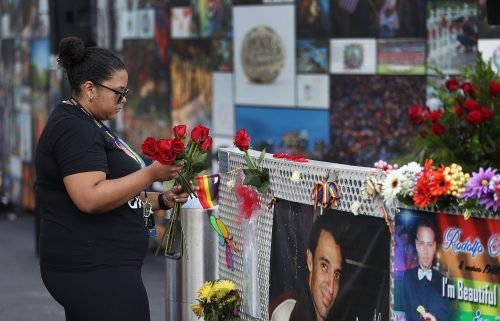 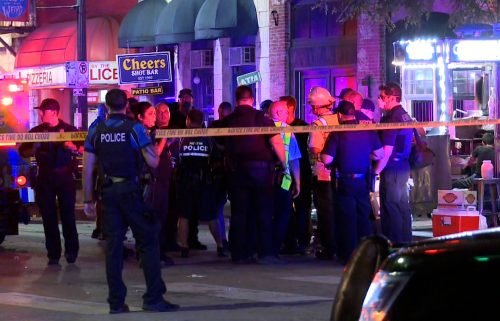 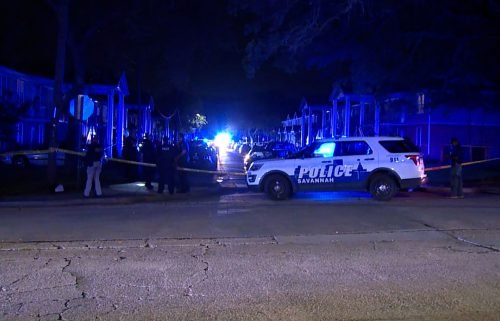 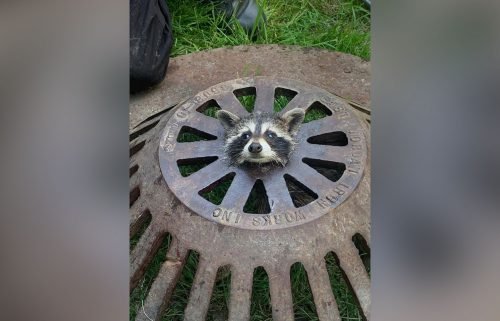