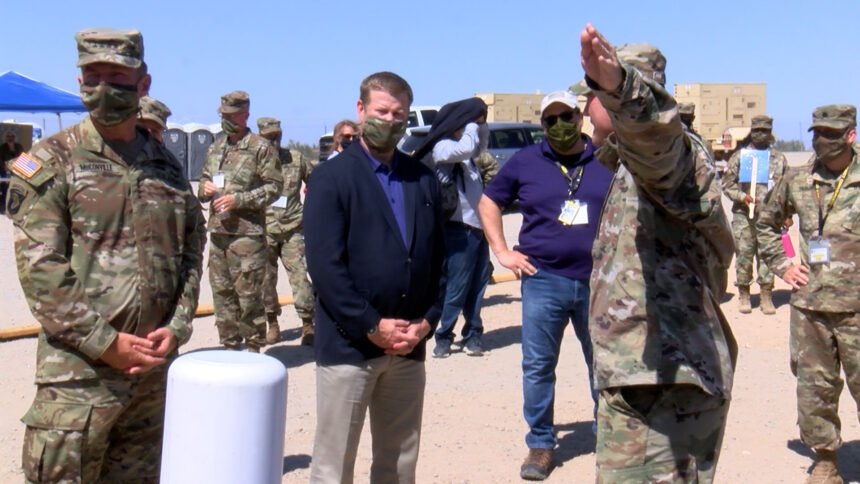 It's all happening in our very own backyard at the Yuma Proving Ground, one of the largest military installations in the world.

Secretary of the Army Ryan McCarthy came right here to YPG to witness the training and testing that was conducted Wednesday.

"It's a national treasure, and it's a capability for us to bring all of our efforts to bear and to test in a real experiment to give us the feedback we need to adjust as we bring active units out here over the next two years," McCarthy said.

Chief of Staff of the Army, General James McConville says Project Convergence uses high-tech equipment that is more efficient and faster than humans.

"Convergence is about bringing things together," Gen. McConville explained. "It's about bring out people, our weapon systems, our communication systems and information and train all together and get some incredible effects."

Th goal is to eradicate the enemy, but it's also about being up to date with technology and unmanned systems. General John Rafferty says the soldier remains the centerpiece while taking advantage of technology.

"Use artificial intelligence to sort through data, find targets, generate calls, send calls out for fire in seconds from Washington State down here to Yuma," Gen. Rafferty.

Commanding General Mike Murray emphasizes that this process is a learning curve, and it's already time to prepare for the next one.

They say Project Convergence will fundamentally change the way the Army operates for the next 40 years.