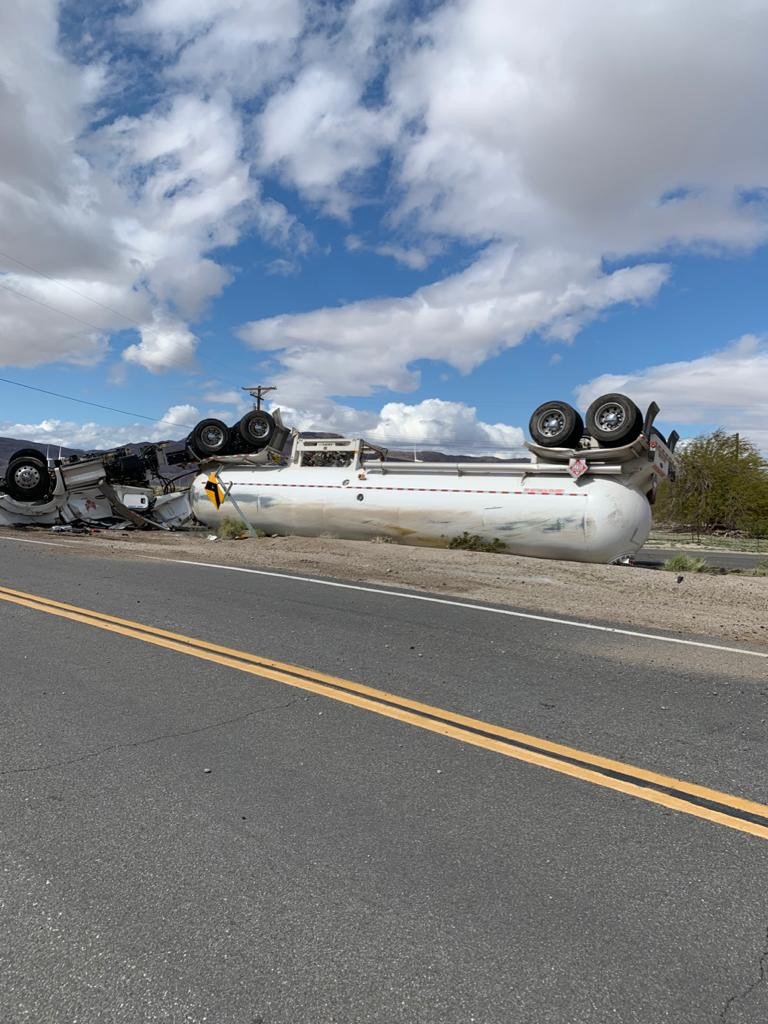 OCOTILLO, Calif. (KYMA, KECY) - A man driving a semi-truck was rescued by Border Patrol (CBP) agents after he lost control of the truck, causing it to roll over.

Border agents witnessed the man was driving a HAZMAT semi-truck lose control and roll over off the highway. Agents arriving on scene found the driver pinned underneath the truck.

Assistance from multiple agencies then arrived on scene.

In a joint effort, agents were able to remove the door from the truck and rescue the driver.

The driver was airlifted to the nearest trauma center.

The Imperial County Fire Department determined the HAZMAT semi-truck was carrying propane, however there were no damages which which required further precautions.