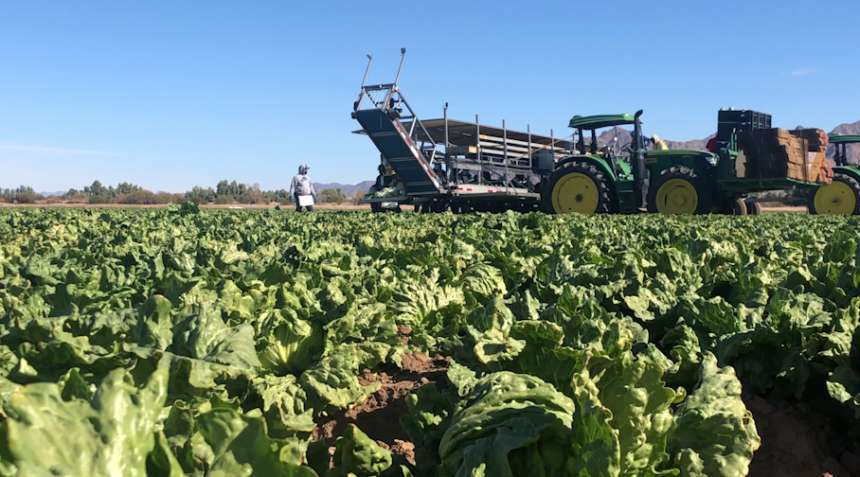 YUMA, Ariz. (KYMA, KECY) - 2020 was a wild year for everyone, but the ag industry has learned how to adapt to the card they were dealt.

As we look back on the ag industry in the year 2020, the shift in demand seemed to be the biggest contributor to economic losses.

David Nickerson, operations manager with Robert Nickerson Farms says they faced some difficulties in the spring and summer when many of the restaurants were closed.

"We, personally, grow a lot on the food service side, so when schools and cafeterias start shutting down, that does really impact the demand," Nickerson said.

Nickerson says their farm only lost about 20% from the closures. That's because they transferred their distribution over to retail and grocery.

"Some pest issues and some other things that brought on some disease issues, and so we saw some shortages because of those issues which that's typically when we see a shortage is weather or a growing condition type of changes," Boelts explained. "So, we saw those changes happen and it was apparent that we must have right sized the amount of production because there was actually a minor shortage."

The shortage was caused by the diseases and a decrease in production, but another main contributor is a lack of farmworkers.

This problem has carried into 2021, and Boelts says higher level executive action needs to happen.

"It'll continue until Congress takes action," Boelts said. "We do not have enough skilled hands allowed to come into this country to harvest crops."

Finding enough personal protective equipment, like masks and gloves, and also food safety supplies was also a challenge in 2020.

"In our spinach fields, we have to wear gloves, hair nets, and those products were hard to come by during the pandemic," Nickerson stated.

Overall, it was really hot this year in Yuma which forced farmers to tackle some diseases but the growers say 2020 was a good season for lettuce because there was no rain.