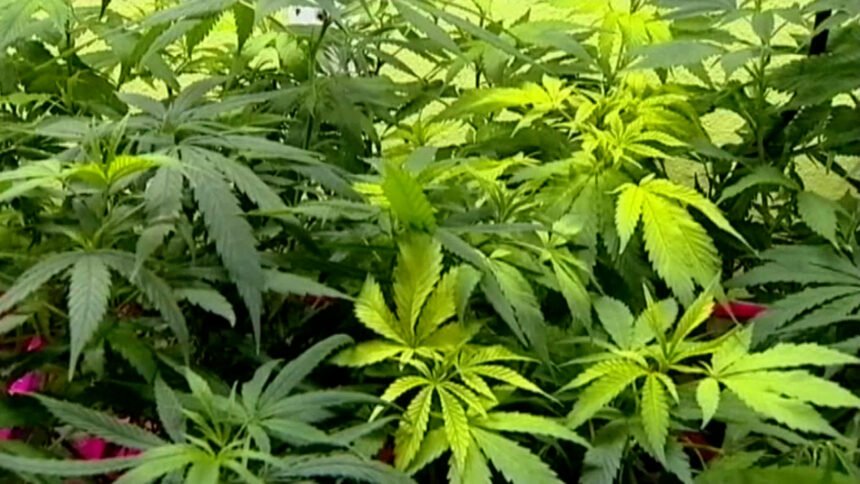 YUMA, Ariz. (KYMA, KECY) - Arizona voters get a second chance to legalize recreational marijuana when they head to the polls to vote on Proposition 207 on November 3rd.

The ballot initiative is not without controversy, but one local grower thinks a yes vote will benefit Arizona's economy.

"This new law will allow for a huge boost in sales in the market as well as more tax revenue for the state of Arizona, and what Arizona state decides to do with that is hopefully a positive thing for roads and school systems," said grower Reed Porter.

The plant is grown in a controlled, indoor environment which allows them to grow cannabis year-round. They can plant the seed and sell the crop all within a two-week period.

With crops like fruits, vegetables and cotton the Arizona Department of Agriculture has regulations on growing conditions, the use of pesticides and safe practices. Porter says marijuana is almost a free-for-all since it is not legalized in the state.

"Cannabis doesn't have this. So, there's nobody saying, 'Oh, I can't spray this plant or I can't feed this plant these things,'" Porter explained. "So, there's a lot of open to interpretation by growers to do what they want."

President of the Arizona Chamber of Commerce, Glenn Hamer is opposed to the legalization and says it will lead to more consequences. In a statement on the chamber's website he writes:

"Despite the assurances of marijuana proponents, more harm than good will result from legalization. The potential consequences of legalization are severe, ranging from an uptick in workplace accidents and lower overall workplace productivity, to jeopardizing our workforce development efforts."

If recreational marijuana does get legalized, there will be more guidelines put out by the Arizona Department of Health Services.