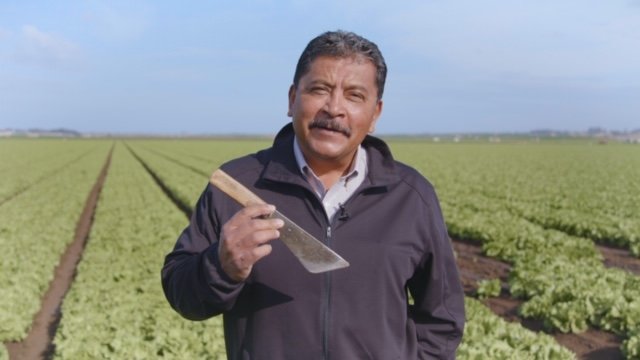 YUMA, Ariz. (KYMA, KECY) - Two sons are remembering their father's legacy and the impact he made on the agriculture industry for more than 37 years.

Albert Garnica was diagnosed with esophageal cancer in May and started treatment shortly after. On August 26, 2020, he took his last breath.

Garnica primarily grew romaine and other types of lettuce but also maintained fields of spinach and broccoli. He started farming when he was 17 and followed in his father's footsteps.

His oldest son, Albert Garnica Jr. says he took farming seriously and loved being hands-on in the fields.

"He was so passionate about the agriculture business. He was always out in the fields," Albert Jr. said. "He was never like in his office. His office was in the fields."

Steven Garnica, his younger son, wants his dad to be remembered as a family man who was putting others before himself.

"My grandpa always told him that we have to feed the world or feed the other country, and this is how he did it," Steven said. "Ironically, my dad passed away on the same day my grandpa passed away 2 years ago."

Garnica's love for farming and the community was valued by all who knew him.

"And one of his last-dying conversations I had with him, he was literally saying he wanted just to go back to work," Steven explained. "He wanted to see the fields, cut lettuce and just have conversations with all his friends."

Albert Jr. wants to carry on his father's name and make him proud.

"It's hard to fill those boots. You know, but my dad he always taught us to walk with a heads up high and don't ever be a follower be a leader, Albert Jr. stated."

Garnica was 57 years old. The sons say he would have sacrificed the last dollar in his pocket to make sure his family was taken care of.

CBS 13's April Hettinger shares more stories of Albert's passion for produce, and his love of famliy and life, today on 13 On Your Side at 4.