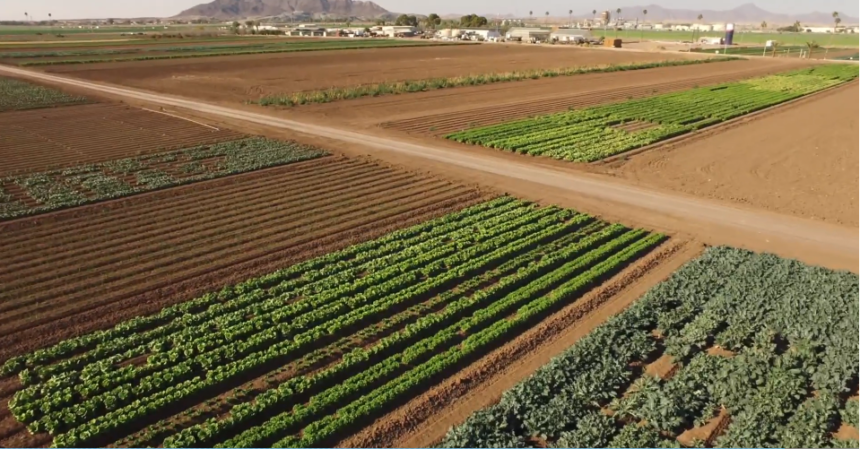 Back to Ag Roots

YUMA, Ariz. (KECY, KYMA) - The agriculture industry has been a staple to Yuma county for many years, and so has the organization committed to keeping a steady force with a lasting impact.

In the next few weeks, we will be taking a look at the last 100 years of agriculture in celebration of the Yuma County Farm Bureau centennial.

In these exclusive pieces - “Back To Ag. Roots”, we will be talking to local farmers about the past 100 years of Yuma's agriculture, their present endeavors, and looking towards the future of farming.

Yuma county is the nation’s third largest vegetable producer and the lettuce capital of the world.

Agriculture fields make up roughly 230,000 acres of Yuma’s land full of freshwater from the Colorado river and daily sunshine that touches every seed growing beneath our rich soil.

These conditions are what make Yuma a perfect place for farmers.

Not only is the landscape impressive, but so is the amount of knowledge a farmer must have in order to upkeep a successful business.

From learning how to drive a tractor, to keeping up with the latest technology, keeping farmers educated about agriculture in Yuma is crucial to their success.

“It’s been a steep learning curve for the farmers and for us at the University to learn how to grow these crops and manage them properly,” said Tickes.

A big part of knowledge is through research at the University level in hopes to further agriculture success in Yuma.

“I think the University of Arizona both the experiment station and the extension office, have been involved in developing a lot of these chemicals in cooperation with the ag. chemistry industry. We don’t develop any ourselves, but they come to us to see if we can figure out how it can best be used,” said Tickes.

With about 150,000 acres of farmland throughout several counties including Yuma, the extension’s testing sites allow students and farmers to put their needs to the test and learn new ways to plant their crops.

“As you know, farmers in the Yuma and the Imperial Valley are very progressive farmers and sometimes, I’m not sure who’s teaching who. We just plant a seed and they take it from there,” said Tickes. “The experiment station does a really good job of growing a lot of these crops on a small plot basis,” he continued.

Because of all these resources, crop production systems have changed over the past 100 years of Yuma’s agriculture.

“The biggest change I’ve seen has been the use of different technology. It’s become really sophisticated, and we are all kind of learning together. We have all had to learn new skills and use new tools,” said Tickes. “I think it’s becoming increasingly obvious to me just with this pandemic, that the tools are there to do things remotely, and use technology to communicate. It’s kind of been forced on a lot of us to learn how to do all of these things in a more efficient way, using the technology that’s been there for a while,” he continued.

A lot of that is thanks to farmers that have a continuous curiosity about how they can make the next 100 years of agriculture even better.

“I think I would’ve retired if we didn’t have these new things coming along because this has got me really going. It’s just kind of exciting seeing the new technology comes along. It’s like a whole new job for me,” said Tickes.