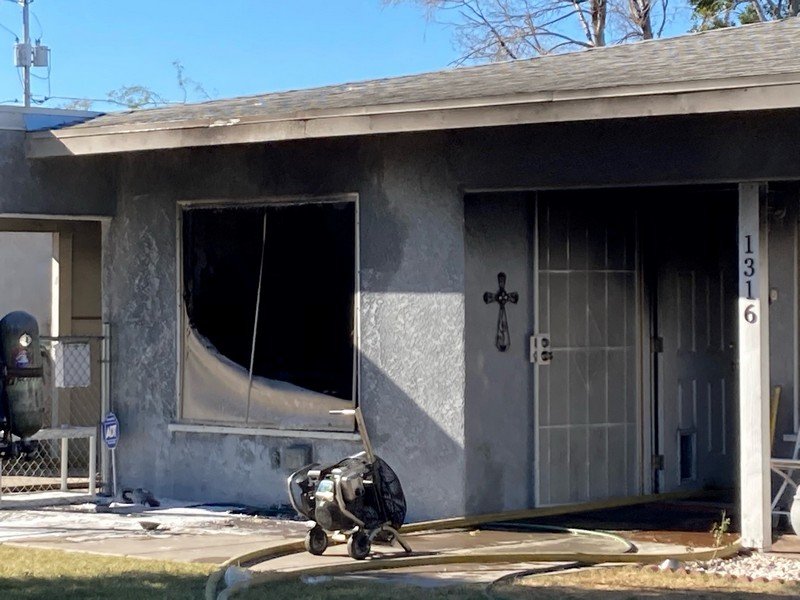 Woman airlifted to Phoenix to receive treatment for burns

YUMA, Ariz. (KYMA, KECY) - One man is in police custody, and a woman is in a Phoenix hospital after a fire in a Yuma home.

The Yuma Police Department (YPD) says the blaze broke out just before 10:30 Monday morning at a home in the 1300 block of S. 8th Avenue.

Firefighters arrived to find heavy smoke pouring from the house. Crews managed to knock down the flames in less than 15-minutes. They also stopped it from spreading to neighboring houses. However, the smoke and flames did cause significant damage to the interior of the home.

Two men and a woman, all adults, were home when the fire broke out. The woman suffered severe burns and smoke inhalation. Paramedics took her to Yuma Regional Medical Center for treatment, but doctors decided to airlift her to Phoenix for more intensive burn care. The men were not injured.

YPD says further investigation into the cause of the fire indicated someone deliberately set it. Within an hour of that determination, officers arrested a 61-year-old suspect. He now faces one count of attempted murder, one count of arson, and three counts of criminal damage.

Per our editorial policy, KYMA.com will not identify the suspect until after he has been formally charged with a crime. That's expected to happen Wednesday afternoon. In the meantime, he's being held on a $200,000 cash-only bond.