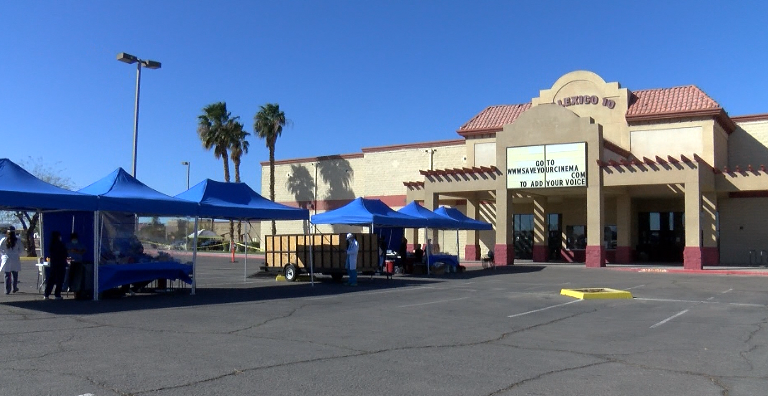 Friday evening Dr.Vo from Vo’s Medical Center received a call from the county health department asking him if he wanted 965 COVID-19 vaccines for his elderly patients.

“I said yes right away, of course, there is no doubt I can do this," said Dr. Tien Vo, Vo Medical Center.

The only problem, Dr.Vo and his team had roughly 24 hours to set up the clinic and fill up appointments.

“It's a lot of pressure because I have to finish the vaccines in 5 days otherwise it’s gonna be a waste. We took the Pfizers out of the freezer so now we have to deliver," said Dr. Vo.

Dr. Vo and his team quickly mobilized and began calling elderly patients from their vaccine waiting list, they also announced the clinic on social media to inform the community about the allocation.

“I looked forward to it, and this is the first time, I have had the opportunity to get in, so I took advantage of it," said Albert Newton, El Centro Resident.

Prior to Sunday, Newton had been unsuccessful in securing a vaccine.

“I’ve been to the college, I’ve been to the mall, and the health department. Nobody could follow through, they didn't know when it would come, and when it did come, everything would fill up, and it’d just been a circus," said Newton.

It was a historical moment for a city that has been hit the hardest by the pandemic.

One nurse we spoke to who has been instrumental in vaccinating the elderly in Imperial County, says she couldn't be happier to help at Sunday’s clinic.

“It’s a really good opportunity for the Calexico citizens. I do work here sometimes in the city of Calexico, and the citizens are very happy that they’re receiving the vaccine and that they are going to be protected now,” said Susana Favila, nurse practitioner.