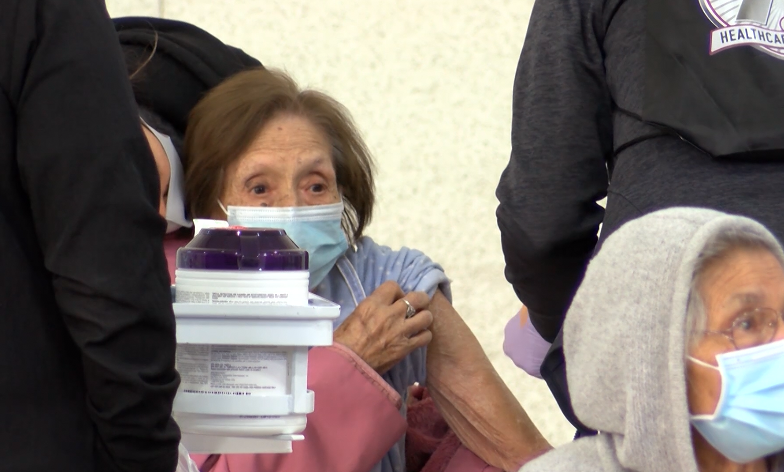 Between both hospitals, 900 elderly people were vaccinated which is a huge milestone for the Imperial Valley, but the process was one that created chaos among the community who had been waiting hours in line.

According to both hospitals, the delivery of healthcare is something they continually try to improve, ECRMC says having people wait in line for a vaccine is something they are going to avoid moving forward and they’re looking at alternative methods.

“You have to understand how the commuting is responding to rationing of healthcare. In other instances, we may have had plenty, but in this instance, we don't have it. I think what we need to do is act accordingly on how the community responded. We must stay positive in terms of what we are planning for the future and plan it accordingly," said Dr. Adolphe Edward, ECRMC CEO.

PMHD also said that waiting in line is not ideal for folks, and they’re hoping to switch to an appointment based process for future clinics.

Imperial County’s CEO says moving forward preparation and collaboration needs to remain at the forefront, so all agencies are sharing best practices and resources.

"When we work for our own agency and we don't reach out we don't meet across the aisle to shake each other's hand and have that collaboration we’re working silos. It needs to stopped and needs to be addressed for the success of our citizens," said Tony Rouhotas, Imperial County CEO.

ECRMC and PMHD are only two of the 24 local providers that are currently enrolled with the state of California to administer the COVID-19 vaccine.

The county has identified 40 more providers that will be enrolling with the state to vaccinate people, however the health department says everyone is dealing with a vaccine shortage.

“You know vaccines are coming in such small qualities that they can't meet the demand either," said Jeanette Angulo, ICPHD health director.

Imperial County and all seven cities have sent a letter to the state health department asking for bigger quantities of vaccines to be sent to Imperial Valley, noting that Imperial County’s disparities and high infection rate should be an alarm to the state of the greater need there is in the region.