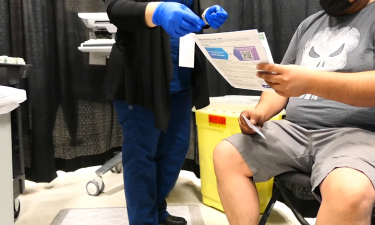 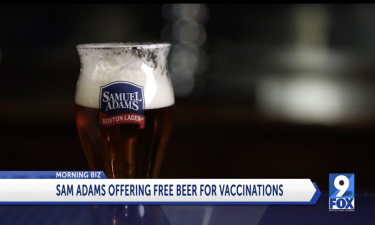 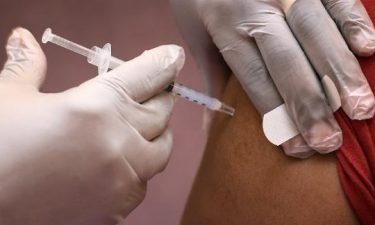 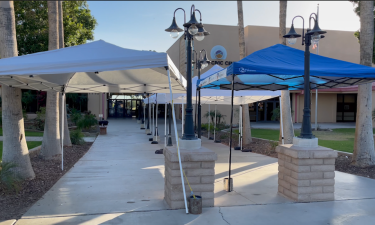 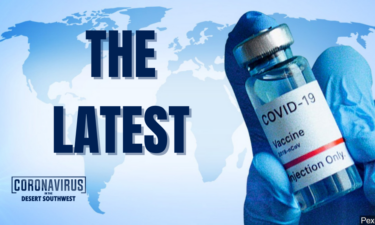 Despite a massive effort by the Pentagon to promote the safety and efficacy of Covid-19 vaccines, the US military’s opt-out rate for vaccinations may be far higher than the 33% figure defense officials have used publicly.

Conversations with military medical officials and service members, as well as data from several bases and units around the country, suggest the current rejection rate may be closer to 50%.

“I think the true opt-in rate right now would probably be around 50-ish percent,” said a military healthcare source about numbers on a military base of some 40,000 active duty troops. The source spoke on condition of anonymity to discuss vaccinations.

A second military healthcare source covering a different region told CNN of the same trend. Those percentages are “consistent” with what they’re seeing, the source told CNN.

The acceptance rate at Fort Bragg, one of the military’s largest bases with about 57,000 military personnel, was just below 60%, an army official said Friday. It was below 50% last month, but it has been slowly rising.

The Defense Department has approximately 2.2 million service members operating around the globe. For every 10% drop in the acceptance rate, that’s 220,000 individuals opting not to receive a vaccine, a number potentially large enough to affect force readiness. Last year, the military experienced a handful of high profile outbreaks, including one aboard an aircraft carrier deployed in the Pacific.

The military cannot make the vaccine mandatory now because it only has an emergency use authorization from the Food and Drug Administration, meaning service members who are required to receive a series of other vaccinations have the option of declining shots to protect against Covid-19.

In the meantime, the military has launched a massive outreach effort across the services to educate and inform service members about the vaccine, including town halls, virtual meetings, and messages from Defense Secretary Lloyd Austin and other top military health officials. There is even a section of the Defense Department’s website called “Rumor Control” dedicated to dispelling rumors and combating misinformation about the disease and the vaccines.

“We have a vaccine, we have a tool, we have a manner in which we can help stop this pandemic in its tracks, but not everybody feels comfortable receiving the vaccination,” said Lt. Cdr. Julia Cheringal, a public health emergency officer at Virginia’s Naval Medical Center Portsmouth

“With all of the noise, all the information, all the fact sheets that people are being handed, it’s information overload,” Cheringal said. “If you can simply just sit down, whether virtually or socially distanced in person, have a conversation with a medical provider, you can sometimes just allow people to feel more comfortable in their decision.”

“What we found is working is soldier testimonials rather than the CDC guidance or the corps surgeon or battalion or brigade surgeon,” said Col. Joseph Buccino, a Fort Bragg spokesman.

But the different tiers of vaccinations pose their own challenge. In one unit at a different base, the acceptance rate among high-priority emergency responders and healthcare workers was about 55%, according to numbers shared with CNN, which is not far off the Pentagon’s estimated two-thirds acceptance rate. But as the unit moved down its tiers, offering vaccinations to other types of personnel, the acceptance rate plummeted, from less than 30% in the next phase to about 15% after that.

The first tier of military vaccinations includes medical workers and those working in emergency services, who may be more likely to accept the vaccine because of their proximity to COVID-19. The next tier is frontline essential workers, troops preparing to deploy, and those responsible for critical national capabilities. The following tier includes other essential workers and personnel with an increased risk of severe illness.

“As you go down in tier, the refusal rate goes up,” the first source explained. “The real refusal rate is probably higher than one-third once we properly offer it to everyone [on base] and once we have to document everyone,” the source said, noting that there were some units that had a far higher acceptance rate.

The lower rate is more widespread than a single unit or region.

Defense officials have privately pushed back against the suggestion that the rate is below two-thirds or lower than the general population. They say any data available now is incomplete, and there is no system in place across the military to differentiate between individuals who choose to wait on their vaccination and those who are outright refusing to get the vaccine.

In addition, the vaccine has only been offered to a portion of the military, so a service-wide number is impossible to know right now.

CNN contacted the services for more information on their vaccine acceptance rate. The Army and Air Force said they don’t have a number for the acceptance rate. The Navy said they only recently started collecting such data, and it’s not accurate or usable yet. The Marine Corps said “that information is not releasable” according to guidance from the Office of the Secretary of Defense.

The hesitancy of younger troops to get the vaccine poses a major challenge to a military where, according to the latest Defense Department demographics report, nearly half of the enlisted personnel are younger than 25 and a full 81% are younger than 35.

One soldier who is opting not to get the vaccine told CNN, “I’d rather see if any side effects were to occur in the near future before taking it myself.”

Another soldier shared a similar concern, “My fear is reacting poorly to the vaccine or having a dangerous reaction that puts me out of commission or messes with my body too much. I understand the virus can do the exact same thing.”

At a media round-table in Hawaii last month, Lt. Gen. Ronald Place, Director of the Defense Health Agency addressed the issue, saying the hesitancy of young troops was understandable.

“For someone who’s young and healthy and doesn’t have the long-term information that they may want to know, it’s a rational question to have,” Place said. “The short-term safety profile is exceptional, but nobody, and I mean nobody, knows the long-term safety.”

For now, demand is still far outpacing supply, with lines forming at different military facilities to get the vaccine, which is only available in limited quantities. As of last week, the military had received approximately 1.5 million doses and administered more than 90% to military and civilian personnel.

At Naval Medical Center Portsmouth, appointments to receive the available vaccine doses have filled quickly, with hundreds of service members coming through each day for their shots.

“I’m sure we’re going to continue to have hesitancy out there, but the more people that get it, the more people that will feel comfortable to get it,” said Captain Karl Kronmann, an infectious disease specialist at Naval Medical Center Portsmouth. “Some of them, it’s just a matter of once they hear information from someone like me, they feel better about it. Others, once they see a colleague get it and nothing bad happens, they feel better about it.”

Austin has made combating coronavirus among his top priorities, but the rate of vaccine hesitancy raises questions about the military’s ability to maintain a high level of readiness.

Last April, a Covid-19 outbreak on board the USS Theodore Roosevelt spread to more than 20% of the crew on board the aircraft carrier and led to the eventual dismissal of the ship’s captain. In November, more than 100 US military installations around the world put in place some form of tightened health measures to restrict the spread of coronavirus.

Officials say most of the vaccine hesitancy stems from concerns about the speed at which the vaccine was developed and fears over long-term effects.

Specialist Carol Gotte had those same doubts, despite being a medic. Conversations with her command and medical professionals brought her around to acceptance the vaccine, and she received her second dose of the Pfizer vaccine in mid-February.

“If it’s going to ease my ease my anxiety and my fear of being around the people that I love, then it’s worth protecting them, even if I’m not as concerned about protecting myself,” Gotte told CNN.

But for some service members who have opted to get the vaccine, the decision remains intensely personal and fraught with conflict.

“I actually didn’t tell my family that I was going to get the vaccine until the day of, because I knew that they were going to discourage me because they had some serious concerns about it,” said Sergeant Scherrie Blackwell with the Indiana National Guard. Their concerns, she said, ran the gamut from the vaccine containing a live virus to being “guinea pigs” and worse. In the end, she felt an obligation to be vaccinated.

“In order to come out of this, we have to do this, and so if you feel even just a little bit like you can, you should.”