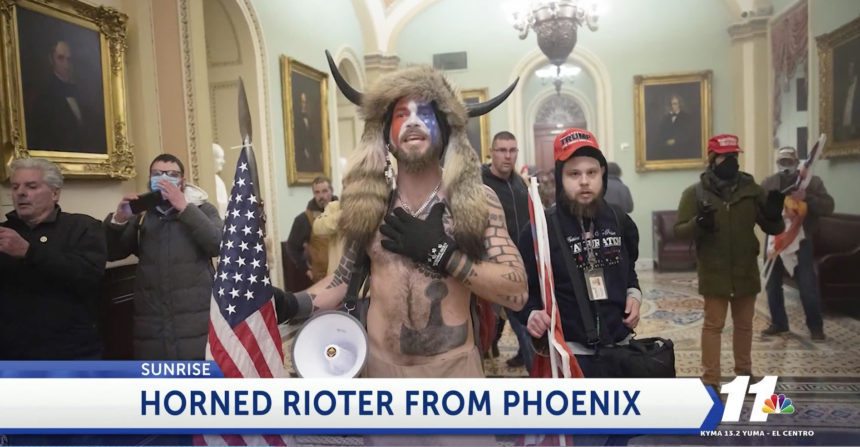 PHOENIX (KYMA, KECY, CNN) - He's one of the most recognizable of the rioters who attacked the U.S. Capitol last week - the guy who dressed up in a furry headdress, horns and facepaint.

His name is Jacob Chansley.

The 33-year-old turned himself into the FBI Saturday morning and was in an Arizona Federal Court Tuesday.

Facing misdemeanor charges for being inside the Capitol illegally with a spear.

His mom wouldn't comment on what he did at the Capitol, only that he was refusing to eat while in custody.

"He has not eaten and he needs to eat," Martha Chansley said. "He gets very sick if he doesn't eat organic food, literally would get physically sick."

Chansley will be held in detention until at least Friday when he will have another hearing to see if he'll have to be taken to Washington DC to face his charges or if they trust he'll show up there on his own if they release him.