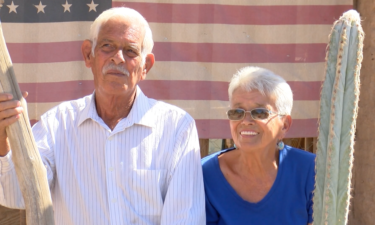 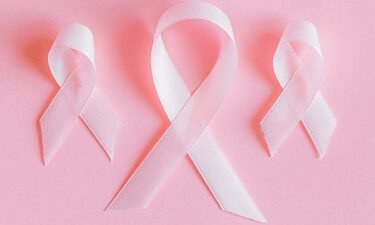 (CNN) - With just over five weeks to go before federal student loan payments are set to restart after a yearslong pandemic pause, the Biden administration has yet to decide whether to push back the expiration date -- again.

Another delay would be the seventh time the date has been rescheduled since the pause on payments and freeze on interest was put into place in March 2020.

"The Department of Education will continue to assess the impacts of the Covid-19 pandemic and the economy on student loan borrowers," wrote a spokesperson in an email to CNN Monday evening, adding that the agency will "communicate directly with borrowers about the end of the payment pause when a decision is made."

The payment pause was meant to offer some temporary financial relief to those coping with the loss of income due to the pandemic.

But each time payments were set to resume, either the Trump or Biden administration pushed back the expiration date.

Currently, payments are set to resume after August 31 -- a couple of months before the midterm elections. Democrats are scrambling to try to avoid losing the party's majority in Congress.

When can borrowers expect a decision to be made?

Borrowers may learn of an extension this week if the administration acts similarly to the last time it extended the payment pause.

In April, the announcement came 24 days before payments were set to resume on May 1.

In the meantime, student loan servicers say they have been told by the Department of Education to hold off sending out billing statements, according to Scott Buchanan, executive director of the Student Loan Servicing Alliance, a nonprofit trade group whose members are responsible for servicing over 95% of all federal student loans.

The news was first reported by Inside Higher Ed last week.

"We've basically been told to hold off sending out billing statements until at least 30 days prior to the resumption," Buchanan told CNN.

Student loan servicers are contracted by the federal government to collect on federal student loans.

They are required to send billing statements out at least 21 days before a payment is due.

But typically, servicers send out those statements more than 30 days in advance.

How borrowers can prepare

It's been more than two years since most borrowers have had to make payments on their federal student loans.

When the payments finally resume, borrowers should still be in the same payment plan as they were before the pandemic and the amount due should, for most people, be the same.

But if a borrower is worried about affording the monthly payment, he or she can call the loan servicer now to enroll in a different payment plan.

Those who may have lost income over the past two years may be eligible for a lower monthly payment than they were before the pandemic.

Servicers will also request that borrowers confirm that they want to continue to have their payments automatically debited from their accounts.

If a borrower does not confirm that he or she wants those to resume, auto debit will not turn on once payments resume.

Buchanan is encouraging borrowers who have questions to reach out to their loan servicers today, rather than wait until payments resume.

"If they wait to call until the day payments actually resume, they may be on hold for a very long time," Buchanan said.

Millions of borrowers may also have a new loan servicer after several of the companies ended their contracts with the federal government during the past two years.

Borrowers should have received notices from both their old servicer and their new servicer if a loan was transferred.

The transfer does not affect the existing terms, conditions, interest rates, loan discharge or forgiveness programs, or available repayment plans on the loans.

Borrowers who have been serviced by FedLoan and are seeking debt relief from the Public Service Loan Forgiveness program are currently being transferred to the Missouri Higher Education Loan Authority, known as MOHELA.

Facing political pressure from the left, President Joe Biden is also considering whether to take executive action to broadly forgive a portion of the balances for 43 million people with outstanding federal student loan debt.

He told reporters last week that "the end of August" remains his timeline for making a decision on whether to take action.

Key Democratic lawmakers, including Senate Majority Leader Chuck Schumer and Massachusetts Sen. Elizabeth Warren, have been calling on Biden to cancel $50,000 per borrower.

But Biden has consistently pushed back on canceling that much and has suggested he would support wiping away $10,000 per borrower.

Until now, Biden has taken a more targeted approach to student debt relief.

His administration has authorized the cancellation of $26 billion so far -- more than any other administration -- largely for borrowers who were defrauded by their for-profit colleges and for permanently disabled borrowers.

He has also temporarily expanded the Public Service Loan Forgiveness program that forgives the debt of government and nonprofit workers after 10 years of payments, and made changes to the income-driven repayment plans, bringing millions of borrowers closer to forgiveness.

But it's not entirely clear if the President has the power to broadly cancel student loan debt with an executive action.

Biden initially urged Congress to take action to cancel student debt, but Democrats don't have the votes needed to pass a bill doing so.

The court's ruling signals that the justices may be inclined to constrain the executive branch's authority to make significant policy changes if its power to do so is not explicitly laid out by Congress.